God has shown Jose the way 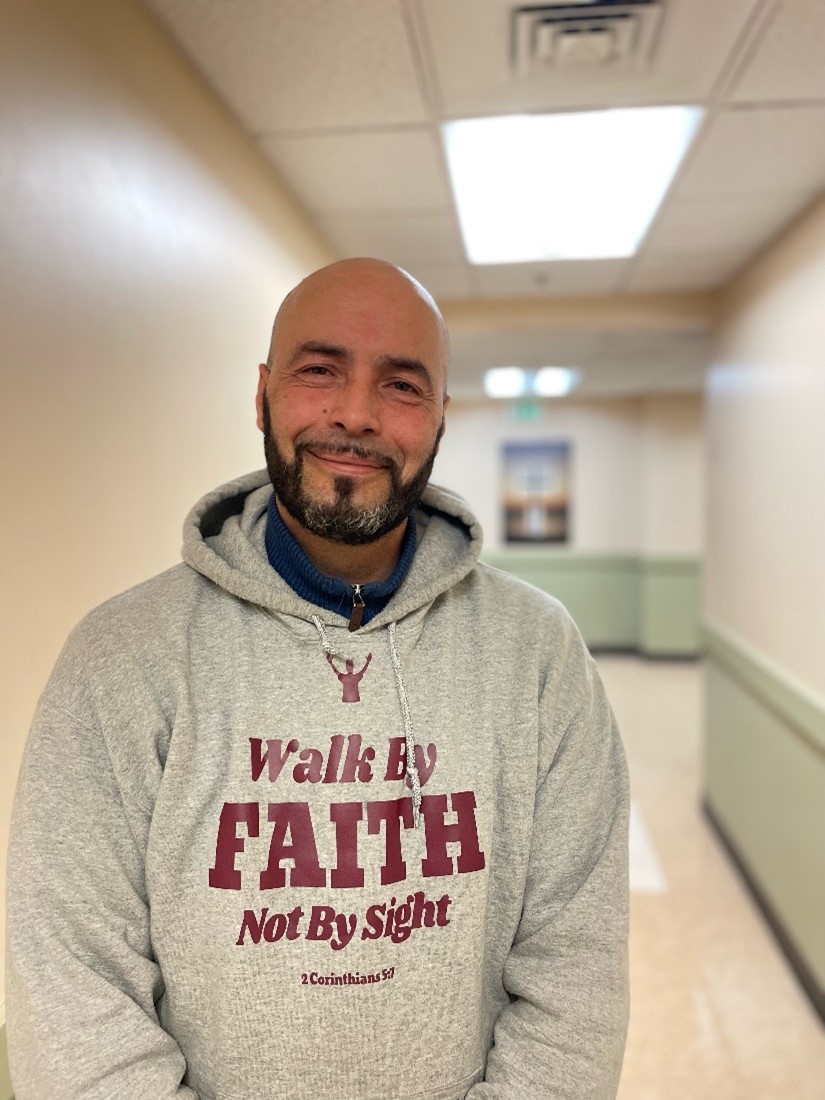 Jose, age 50, was raised in Quakertown, Pennsylvania before moving to Philadelphia when he was 6. “We moved into the Erie section of north Philadelphia,” Jose recalled. “A bad incident happened between my father and mom, and he just disappeared – he went back to Puerto Rico and divorced my mother. I was raised in a church going family with decent values, I just went off the deep end as a teenager.”
“I remember going to the ballpark with my grandfather. I was close to him. One time he took me camping and was teaching me how to clean a fish. He looked at me, swung the fish, and it smacked me across the face! He laughed so hard that he peed his pants! That moment was a highlight of my life.”
“We moved into a not so nice section of Philadelphia, and I was told to change schools. The school was in a predominantly white section and there was a lot of racial tension. It was a challenge, especially being jumped twice and chased out of their neighborhood. Kids were just not nice and that is when I dropped out of school following 5th grade.”
“I took to the streets. We did not have a rec center or playgrounds that were safe. But the streets made me tougher. I learned how to hustle. I always had to prove myself, and I was fighting constantly. To get good clothes or a decent pair of sneakers, I took to selling drugs and made fast money. I started smoking cigarettes, then marijuana and drinking alcohol. But when crack cocaine hit the scene, it was something new for everybody. And it was socially acceptable to use it!”
“I met a girl who put me on a different path. I was dealing drugs in front of her house, and she said, ‘you’re better than this.’ We fell for each other hard. I would have done anything to be accepted by her parents and one day I was knocking on their front door to speak to them, and her father pulled out a .38 revolver and just starts shooting at me! He could have hit me, but he wanted to scare me! She told me that if I wanted to be accepted by her parents, I needed to do things differently.”
“I left town for Harrisburg and when I came back at age 20, I had a decent job, but her parents moved her to California. When I could not find her, I went off the deep end. I got deep into hard drugs. For a year, I was so depressed that I was trying to kill myself. So, I sought help for my addiction for the first time.”
“Around age 36, I met Pastors Dwight and Tony from Greater Grace Church and started going to their church in Philadelphia. And they brought me to Helping Up Mission (HUM) for the first time, in 2008. I had my first epiphany there. I was in the old rec room memorizing Bible verses and looking for Matthew 4: 19. Something tapped me on the shoulder, but nobody was there. I felt a warm hug, started crying, and prayed. I found Matthew 4: 19 and it said, ‘come follow me.’ That is where my spiritual journey began.”
“My second epiphany happened years later. I was packing up to leave my house and I reached for my 2008 seed certificate, and it fell to the ground but landed upright on the frame! I looked at it and said, ‘I am going back to HUM!’”
“My son was murdered four days after I came back. I became depressed but I decided to continue my recovery. HUM is where I feel the most fulfillment. For a long time, I wanted to be a contractor. Today, my number one priority is to go to Bible college, to continue in the ministry that I started with Haven City Church in Fells Point. I happened to arrive at the church when they needed help. Being bilingual, I was able to step right in and help. Now, I am driving their truck and have keys to the center! And soon I will oversee the food ministry.”
“There have been tough times at HUM. Particularly the death of my son, his mother, and my other children being homeless. I prayed hard for my other children and a family member from Chicago stepped up and provided a house for them!
“Today my life is different, God has shown me the way. I enrolled into Metro Baltimore Seminary. I stay in service helping others. I cannot believe HUM exists, what they are doing for us. HUM helped get my taxes done. Traffic legal issues have been taken care of. Workforce development helped me with my student debt. My credit score is looking good. And the Latino program that is growing here! “
“I hiked the Appalachian Trail. The campfire was awesome. It was special to reconnect with my grandfather, who I had camped with so many years ago. God created this blessing of nature.”
“Thank you (donors) from the bottom of my heart. Without your generosity, a lot of people would not get the help they deserve!”