Elroy has his High School Diploma 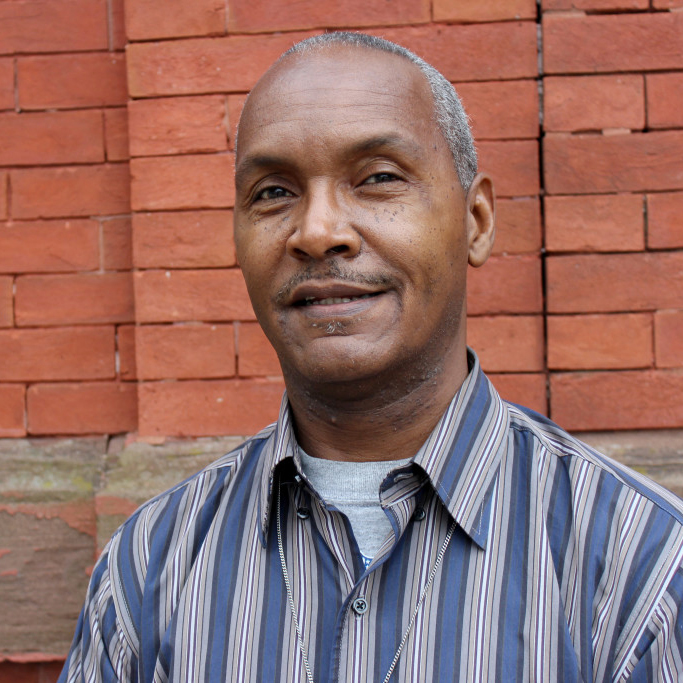 Elroy Hutcherson was born in Virginia and raised in West Baltimore.  “My family has always been a church family,” says Elroy.  “My four siblings and I were raised in the church.

“My dad and uncles drank.  Even though it wasn’t out of control, it was something that I noticed as a child.  When I was 16, I started smoking cigarettes and drinking beer with my buddies.

“My main motivation for drinking was fear.  I wasn’t used to hanging out with the guys.  I desperately wanted to fit in and be cool with them.  Drinking built my courage up and made me feel comfortable so that I could be more outgoing.   Eventually I started smoking marijuana as well.

“I was going to school during the day and working full time at a restaurant in the evenings.  I dropped out of school because it was just too much to try to balance both.  My grades had been suffering because of  my schedule.

“At the age of 18, my son was born.  Drinking and smoking was a daily thing for me – every day after work.

“I met a woman and we started dating.  I moved in with her in the projects in Lexington Terrace.  She eventually became my wife.  I got a better job and started working for an insurance company.  Things were going well at first, but my drinking and drug use started to interfere with my work.  They could see what was going on.

“The company had a policy that would allow them to pay for my rehab if I was interested.  They sat me down and talked to me about it and I told them I wanted to go – I knew I had a problem.  The company flew me to a 30 day program in North Carolina in 1989.  I learned so much and stayed clean.  Being in a new environment and around new people was amazing!  I was ready to change and I felt great.

“After I completed the program, my wife and her mother picked me up at the airport.  I could smell the alcohol on them and my mind started racing.  When we arrived home, they had a surprise party waiting for me.  My mind told me to stay strong but I was overwhelmed by temptation amidst the emotions of seeing all my friends and all of the alcohol.  I gave in – after that first drink, I was back.

“I was able to keep my job.  They wanted me to go to 3 or 4 AA meetings a week.  I went, but the denial was there.  After 5 years, the company moved and I had to take severance pay.  Finding a decent job was hard because I didn’t have my high school diploma.  I started working with a healthcare union as a housekeeper.  I was there for about 9 years before I had a work accident and broke my foot on the job.  By the time my foot was completely healed, the position was no longer there.  So, I hired a lawyer and won the case.

“By then, my wife and I had split up and I was living with a new girlfriend.  In 2006, after 8 years together, my girlfriend died.  She passed away right beside me in bed one morning.  At this time, I still wasn’t working and I was suddenly in this big house all alone.  Then, I received the big lump sum from the accident and the partying started.  I had all this money and a big house to party in.  I was inviting friends over and partying became a daily thing.  I was trying to cover the sorrow and loss.  But, it wasn’t long before the bills started piling up and the money started to run out.  I couldn’t take it anymore so I turned the house over to my girlfriend’s grandkids.

“I moved in with my sister and lived there for the next 3 or 4 years but I wasn’t feeling comfortable.  In 2010, I decided that it was time to make a change.  I was 50 years old and sitting on the couch – it wasn’t working mentally or physically.

“My sister helped me find the Johns Hopkins 911 Broadway Program.  It is a recovery program and Helping Up Mission provides lodging for the men enrolled in that program.  As I lived at HUM, I met a lot of men enrolled in their residential Spiritual Recovery Program.  I loved what they have to offer, particularly in regards to education.   I started preparing to transfer into the program after I completed the Hopkins program.  But, in my fifth month in the Hopkins program, I relapsed.

“Eventually, I came back and enrolled in HUM’s Spiritual Recovery Program.  I wanted to stay clean.  I wanted to get my diploma. I earned my high school diploma after a year.  That felt wonderful. I started working in the Mission’s Innovative Learning Center for my work therapy assignment afterwards.  I was giving back to the place that had given to me – that felt so good!

“I started working at Johns Hopkins through a temp agency. I am now getting ready to become a full-time Hopkins employee as a Material Coordinator. I stock materials in the operating room that doctors and nurses use to save lives. It’s overwhelming to be a part of that.

“I know my diploma helped me get my job. I help others get their diplomas because I hope it will open doors for them like it has for me.

“I am able to face challenges today.  Life isn’t all peaches and cream but I don’t have to hide from things like I did for so long.  I am thankful to have found Helping Up Mission!”