Jerome has a new set of teeth, his high school diploma and is becoming an addictions counselor 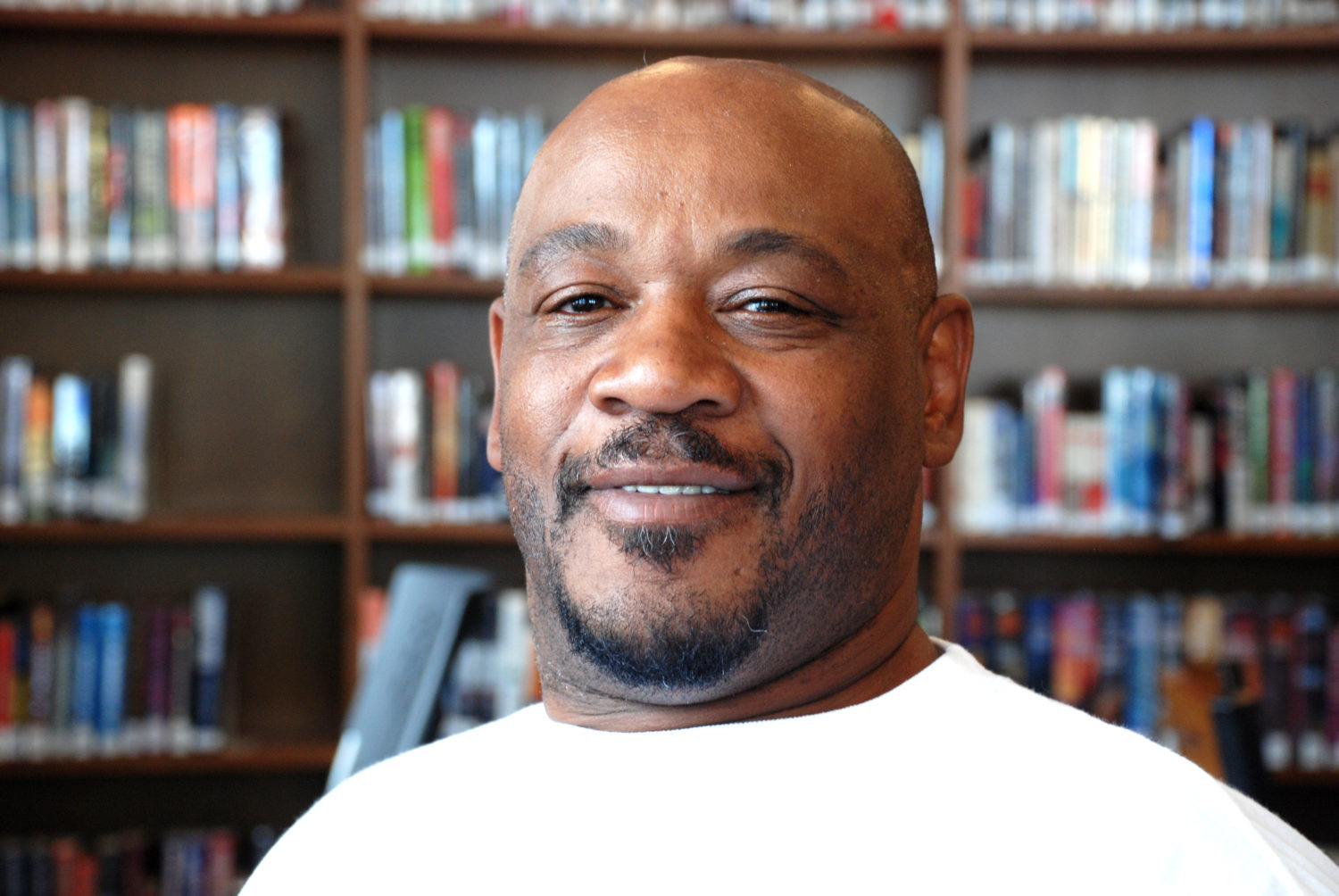 Jerome Dorman, age 57, grew up on the Eastern Shore with his seven siblings. “I first tried alcohol at 8 years old,” says Jerome. “My parents would have company and leave drinks lying around. I decided to give them a try. I thought it was something cool to do.

“When I was 15 I started drinking beers with my buddies and eventually I started smoking marijuana as well. I dropped out of school when I was in the 10th grade. I wanted to be with the in crowd and just wasn’t interested in school at that time. I had been a good student but I was bored.

“There was a lot of field work on the Eastern Shore – hauling and picking watermelons. I was always able to get a job.

“My addiction started to really escalate when I was 18 years old. I was living with my grandparents. They sort of knew that I was using but never said anything to me about it.

“When I was 20, I started smoking coke to try to fit in with the in crowd and by 21 I was shooting dope. I had an uncle that shot dope and I had always wanted to try it. My drug use just increased from there. I was using drugs all day, every day. I got to the point where I couldn’t keep jobs. I’d lose one job and move on to the next.

“I was arrested several times for assault and paraphernalia charges.   I went to jail for the first time at 18 years old and by the time I was 39, I had spent over 10 years in jail.

“I met a woman and we had a son together. Becoming a father brought me in from the streets. I was still getting high but I wasn’t hanging out in the streets as much. She eventually got tired of my drug use and having me in jail and, after 8 years together, we broke up.

“I moved back in with my grandparents. I was smoking coke all of the time. I had a lot of friends that sold coke and they always kept me supplied.

“My grandparents both died within a short amount of time. This really upset me and I went off on a big binge. They left the house to me and my siblings. One of my brothers and one of my sisters were living in the house with me and they were both using drugs. I went to jail for 8 months for a parole. When I got out, I came home and the house had been destroyed. They hadn’t taken care of anything while I was gone. The utilities hadn’t been paid and the water and electricity had been shut off.

“With nowhere to go, I was homeless. I slept under a bridge for a week. I knew that I wanted to make a change and needed help. I told myself that wasn’t how I was supposed to live. I went to the health department and they referred me to a 28 day rehab program at a state hospital. On the 27th day, I was talking to my counselor and told them that I still needed more help. I had been using drugs for 40 years and needed more than 28 days. I didn’t have anywhere to go that would be healthy for me.

“My counselor called around the Eastern Shore but couldn’t find an available bed for me. The only place that I could find was Helping Up Mission in Baltimore. I was reluctant to come because I am a country boy and didn’t know how I felt about going to the city. She told me to take the day and think about it. I decided to give it a try and they drove me to the Mission from the Eastern Shore.

“When I arrived at the Mission, I settled in very easily. I already had 28 days of clean time when I arrived so I was used to recovery at that point. I started watching the guys that had been here for a while and I realized that this place would be alright.

“When I arrived at HUM, all of my teeth were gone due to drug use. I found out about the Mission’s dental program and was able to get a new set of teeth.

“After being at HUM for a month and a half, I started working towards earning my high school diploma. On May 22, 2011, I earned my high school diploma! After getting it, I was so excited that I decided to keep going and go to college. I watched 3 of my HUM friends who were enrolled at Sojourner Douglass College and they inspired me. I wanted to become the first member of my family to graduate from college.

“I enrolled at Sojourner Douglass and got set up with some grants. Living in transitional housing at HUM has allowed me to focus on my education. I am studying to become an addictions counselor so that I can help others that have struggled like me.

“I plan on going back to the Eastern Shore because I know there are a lot of people there who are struggling with addiction. There are a lot of guys I grew up with that are still out there doing the same things I was doing 4 or 5 years ago. I hope they see me and the transformation I have made, I hope I can influence them to change their lives.

“HUM is an amazing place. It has really helped me and taught me a lot. You won’t find another place like this for recovery. If anyone out there needs to go somewhere for recovery, I suggest they come to Helping Up Mission. Even on my worst days, my brothers here lift me up.”