Terrance’s life has been transformed 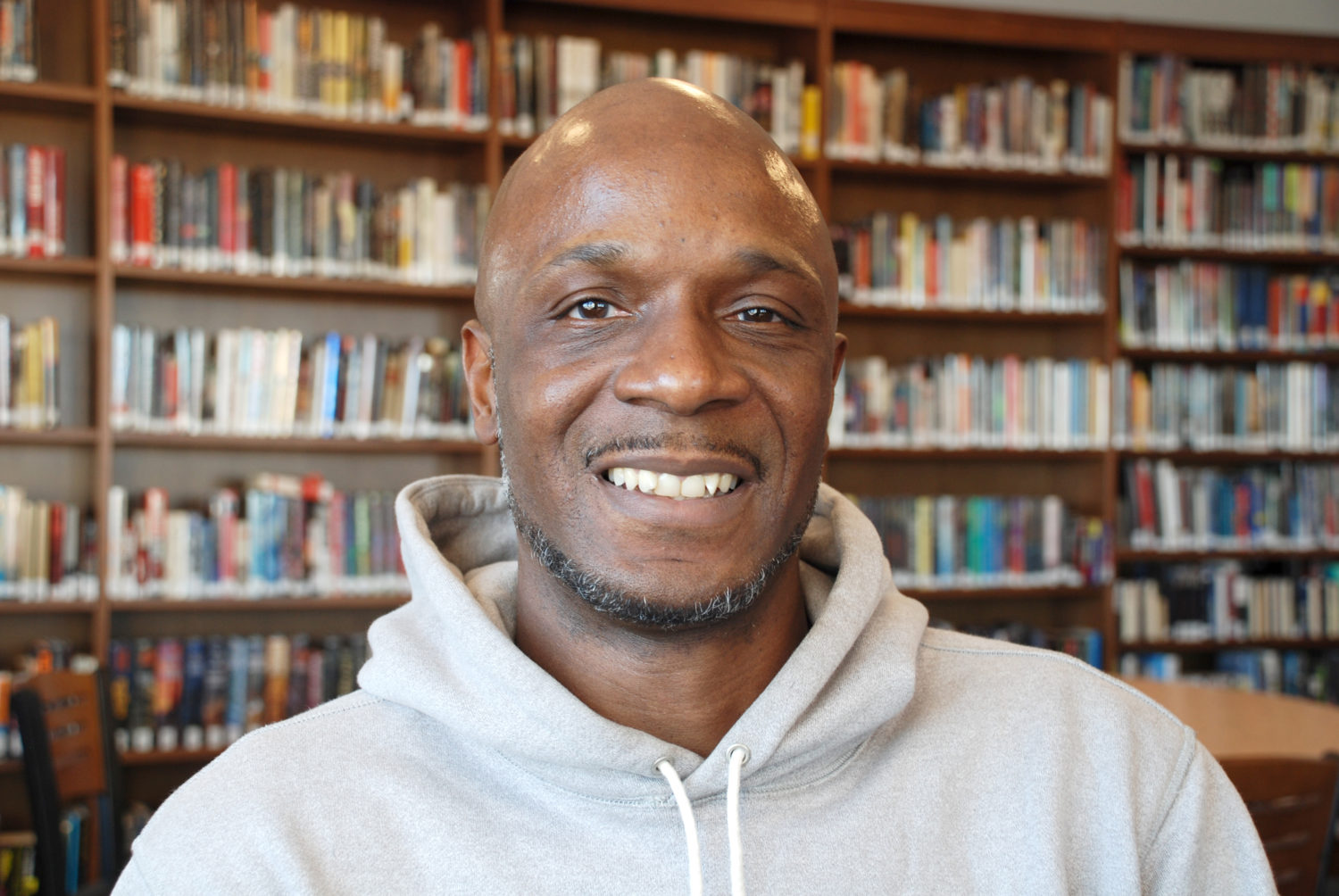 Terrance McBride, age 47, grew up in Baltimore, MD. “My parents were divorced,” says Terrance. “My Mom raised my sister and I by herself. She struggled but did the best that she could. When I was 16 years old, she decided that she was done raising kids and sent us to live with our father.

“My Dad and his girlfriend were both alcoholics. They lived in an urban neighborhood very different from the neighborhood I had grown up in. I had never been in that type of environment before and felt like a fish out of water.   As part of my attempt to fit in, I tried alcohol and marijuana… and eventually cocaine and heroin.

“I ended up mostly drinking and smoking marijuana. I didn’t think I had a problem. I kept mostly to myself because the drug usage and violence in the neighborhood were intimidating to me.

“After 2 years, there was an incident with some of the guys I was hanging out with. My Mom brought me back to Virginia to finish school. There was a neighborhood lady there who used to take me to church. That’s when I was introduced to Christ. I was baptized and became a member of the church.

“After graduation, I moved back to Baltimore and lived with my Grandmother. We got along well and she was my rock. I started going through my loneliest periods. I didn’t realize how introverted I was becoming because of my marijuana use and I suffered through a long season of depression.

“In 1995, I tried to kill myself for the first time after a rough break up. I got through it but I was never treating the depression – just going through the motions. Marijuana became a medication for me. As long as I was high, I could deal with my demons but I wasn’t able to function sober. I was working but I had no social life. I rarely went outside except to get marijuana and cigarettes– some days I would play video games all day long. Life was a struggle for me. I would wake up irritated that I was alive and had made it through the night.

“I had gotten my own place and was doing well on the surface. But, my marijuana use and my mood swings were increasing. I was overwhelmed by depression and loneliness and eventually lost my dream job. I was on very shaky ground and started contemplating suicide again.

“In November 2012, my Grandmother passed away. I was angry because I felt like she left me. I never was able to get back any sense of footing.

“I was looking for jobs unsuccessfully. I didn’t have anywhere to live so I moved in with my Aunt. She was dealing with depression herself and our relationship struggled. One day, in the height of my struggles, I tried to strangle myself. I was unsuccessful and ended up calling the suicide hotline.

“I was hospitalized for 6 days. While I was there, my Aunt called to tell me that I would need to find somewhere else to live. I had no idea where to go and decided that I would kill myself after I was released from the hospital. I started thinking about how I was going to do it. I didn’t have any money so I wasn’t smoking marijuana. I was in a deep depression and didn’t see any hope for my future.

“A psychiatrist at the hospital told me they were trying to find a place for me to go. He told me about Helping Up Mission. I was unsure of what to expect but even the prospect of a place to go started to relieve some of the weight on my shoulders.

“I didn’t realize till I arrived at the Mission that the program was a spiritual program. I was so excited to learn of this unexpected blessing. I felt right at home and knew that I would be able to do it! I was very comfortable talking with the pastors on staff and could see that this was a brotherhood.

“I got into counseling and started getting things off of my chest. I learned techniques that enable me to get through bad moments. I started reading the Bible. Little by little, life became easier.

“I’ve really experienced a total transformation. I don’t expect that life will be a picnic in the future. I realize that even after I graduate from the Spiritual Recovery Program I will face challenges but I know that I’m making good decisions now.

“My worst days are gone. If I’m ever feeling down, I know how to deal with it. My counseling appointments are so helpful. I now have the tools to deal with my depression and bad feelings. I don’t have to smoke marijuana and play video games to escape anymore.

“I am studying and reading books and thinking about becoming a behavioral counselor. I enjoy interacting with the guys at the Mission and letting them know they are going to be okay. I see myself in the guys who have newly entered the program.

“I’m involved in work therapy here at the Mission and I set little goals. I set a goal to become an HUM intern and I’m now an intern in the rec room. I’m having more fun sober than I did on my best day while I getting high. I relate much better socially now. I spend time with my Aunt and Uncle – they are very supportive of my journey here.”