The easiest thing? Growing with God 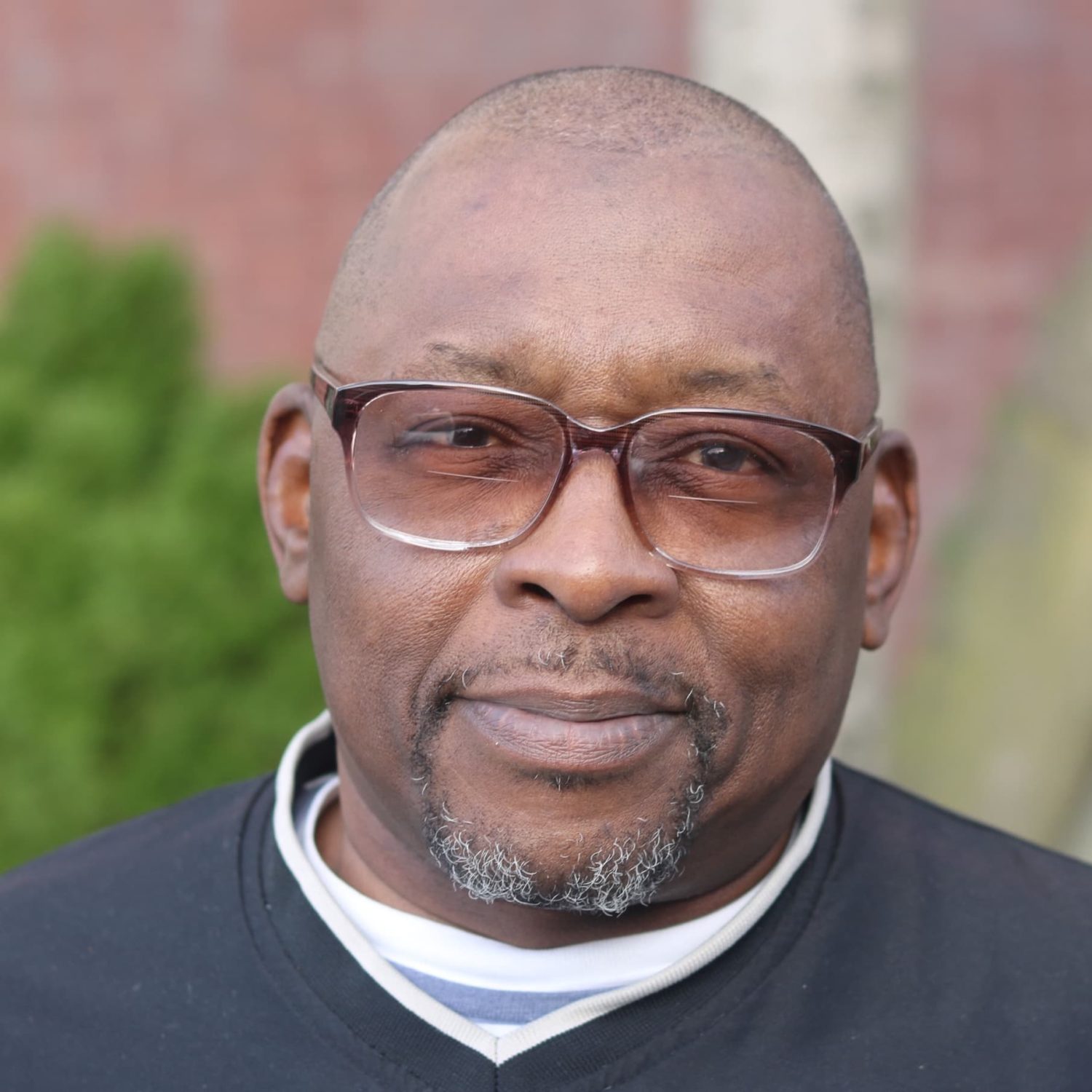 Bobby Johnson Sr. 59, a veteran from Salisbury, North Carolina hit rock bottom asking for a Christmas meal in Tampa, Florida. Because of generous donors like yourself, Bobby, a former chef, is now going to college with the hope to help kids develop their own culinary skills.

“I was raised by my mother, a single parent with help from my grandmother, but my father was in my life, so I had a good upbringing.”

“As a kid I loved to succeed. I wasn’t old enough to get a newspaper route, so, I helped the newspaperman carry papers. I was on the school yearbook team. I was good at acting and theater, and I played football. At age 15 I started DJing and my mother suggested that I wait until I became grown to start doing such foolish things (laughter). Later, she would tell me that “when I was in school, I never gave her problems. I waited until I grew up to start doing things that were not right.”

At age 20, Bobby joined the military, got married, and got divorced. “I was a food service officer in the military from 1980 to 1990. At 32, when I got out of the military, I remarried but found out that my new wife had a secret. Prior to our marriage, she had a relationship with my father. I was so hurt that I could not even think about loving the Lord. I started hanging out with friends and smoking marijuana laced with cocaine, which soon escalated to crack cocaine. I didn’t want to embarrass my family being a “crackhead”. So, I moved to Tampa, Florida and for seven years I held onto my resentments which kept me in my addiction.’

During Christmas in 2004, living in substandard housing, Bobby went to a place where they were giving away food. And at that point, he asked, “why am I living, if I’m living dead? This was not me and I thought I was going to die. So, I asked God for help.”

Eventually Bobby turned to Baltimore for Recovery. “I started out at McVets, where I got six years clean. And then my mother passed in 2016, and a couple of months later I relapsed. I struggled and went home to North Carolina. The Pastor from my Baltimore church called, and I told him the truth.”

“He said, “I’m sending you a train ticket – pick it up, come back here, and we can get you some help.”

“It turned out that my pastor was a graduate of Helping Up Mission (HUM). When I realized it was a Spiritual Recovery Program (SRP), I knew that’s what I needed because I was spiritually broken.  So, I arrived in August 2018, and I have not looked back, and I have more joy today than I’ve ever had in my life.”

“At first, the hardest thing about being in this program was me. I was sensitive to authority. Now, I understand that people are put in positions to help and that I am here to get help. For example, I think I did every job the HUM has to offer. Free help and I was getting fired from free jobs! (Bobby belly laughs).”

“The easiest thing? Growing with God. Pastor Gary Byers taught bible classes, which planted a seed in me, just like when you start in the seed phase (first 45 days). Now I go to recovery classes at Mount Zion Baptist Church on East Belvedere.  My pastor is a very caring teacher.  He knows that I am now hungry for the word and breaks it down just like Pastor Gary did.”

Because of YOU Bobby has reconnected with his family. “My grandkids know who their grandpa is. They came to HUM with my son and left crying because they had to leave their “papa”.”

Bobby also credits his friends in the SRP for developing the rich relationships he has made in recovery. “We try not to keep our feelings locked inside by feeling weak, or less than a man – we let them out. Then you can laugh together and at the end of the day you’ll be laughing at yourself, too.”

“Today, I’m enrolled in college! My plan is to get a bachelor’s degree in culinary skills and teach underprivileged high school kids at my church’s school, so that they can take care of themselves and their families. Whatever you have been through, can be used for the good of helping someone else.  God can use all of us in ways that we don’t know, and I believe everybody’s story is intended for somebody else that crosses their path in life.”

Finally, Bobby would like to Thank You for your generosity. “With donors like you, the prosperity of the HUM is spiritually connected, because of all the good work that you do to provide for this spiritual program. “