Darius is clean and sober and putting his life back together 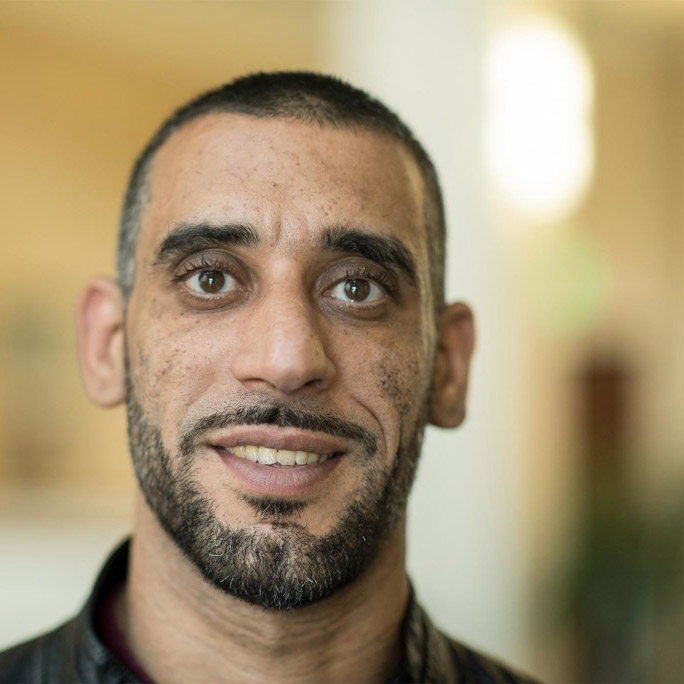 Darius Tabrizi was born and raised in Israel. “My mother’s family originated from Israel and my father’s family is from Iran,” says Darius. “I have a twin brother and younger sister.”

“My father came to the US to start a better life for us. We were not able to come right away because we weren’t able to leave during the war. In 1991, the Gulf War ended and my mother brought us here. I was 11 years old. I didn’t speak English when I came here – only Hebrew and Arabic. Baltimore was very different than our small town facing the Mediterranean. I was beat up within my first two weeks here.

“At the age of 14, I was introduced to marijuana and alcohol by boys in the neighborhood. My mind had always been racing and wondering what people thought of me. When I drank, it numbed that and I felt accepted.

“I had gotten into trouble for fighting in Israel and that continued at my public school in Baltimore. I was expelled from two middle schools and three different high schools for fighting. I got my GED through the Youth Corps program.

“I joined the Navy in part to escape legal issues I was facing due to serious drug charges. After finishing boot camp, I was sent to Japan. For two years – I was a great sailor. I received several commendations and awards. My alcohol use was limited to social drinking.

“The War on Terror was under way and I started experiencing racial discrimination. I tried to blend in and said I was whatever ethnicity people thought I was. That really disturbed me and I started drinking heavily. I met a guy in Tokyo who introduced me to drugs – cocaine, crystal meth and ecstasy.   For the next year and a half, I was still in the Navy but began selling drugs on the side. When I had the best looking car on base and an apartment in town, it started to raise questions.

“Unknown to me, NCIS was doing an investigation on me for six months. Just months before I was done with my tour, I was arrested and thrown in a Japanese prison. NCIS pulled me out and took me to a marine corps brig in Japan. I was there for three months – after two months, I was put into solitary confinement for fighting with a corrections officer. My JAG lawyer met with me and I was given an other than honorable discharge and was released.

“I arrived back in Baltimore broken in every way. I was 23 years old and homeless. I came to Helping Up Mission as an overnight guest. For several years I was in a cycle of running the streets hard core and then coming to a homeless shelter for a week or so to regain my strength before going back out again.

“In 2010, I went to American Rescue Workers In South Baltimore. I was tired of my lifestyle and gave my life to Christ. Life started turning around for me. I got a job at McDonalds and started running with Back on My Feet. I joined an apprenticeship program and became a really good electrician and was hired by Hirsch Electric. For the first time ever, I had my own apartment. I started my own business and was going to night classes. I celebrate 4 years clean and sober.

“My life was going great and I had so much distance from my old life that I began to forget. I put everything ahead of my recovery – I stopped going to church and meetings. I got into a motorcycle accident and starting taking pain pills. It was a quick progression from pain pills to alcohol to street drugs. Within a year, I was homeless and had lost my business, girlfriend, truck, home and my savings.

“My father died of cancer in November of 2014. It was one of the worst years of my life. I spent Thanksgiving in a rental car out of gas off of the side of the road. I was estranged from my family and all alone.

“I ran into an old friend, Barry, who works at Helping Up Mission and he told me I needed to come back. I came to the Mission in December 2014 but left to deal with legal issues. I stayed sober for a few months but eventually relapsed.

“I came back to Helping Up Mission in the spring. This time I’m doing things differently. I’m not cocky like I was before and I’m willing to do whatever it takes.

“My mom sells mushrooms at the Sunday farmer’s market under the Jones Falls Expressway. She reached out to me to find out if HUM could use any vegetables for the market. Each week, I go to the farmer’s market to help my mom and then collect the leftover produce from all the vendors to bring to HUM.

“I’ve always loved my mom dearly. It feels great to be able to help her at the farmer’s market. There was a time where she thought I wouldn’t make it. Now she doesn’t have to worry about me.

“Helping Up Mission helped me reestablish my relationship with God, reaffirm my values and learn how to handle situations and personalities that conflict with my character. I lean more on God now. I am 100% serious about and committed to my recovery this time.

“Helping Up Mission is the best. I have been to every homeless shelter, recovery house and transitional house in Baltimore. HUM is the most genuine, caring and influential program I have found. They genuinely care about you and you can feel it. It’s not about filling a bed – it’s about your future.”