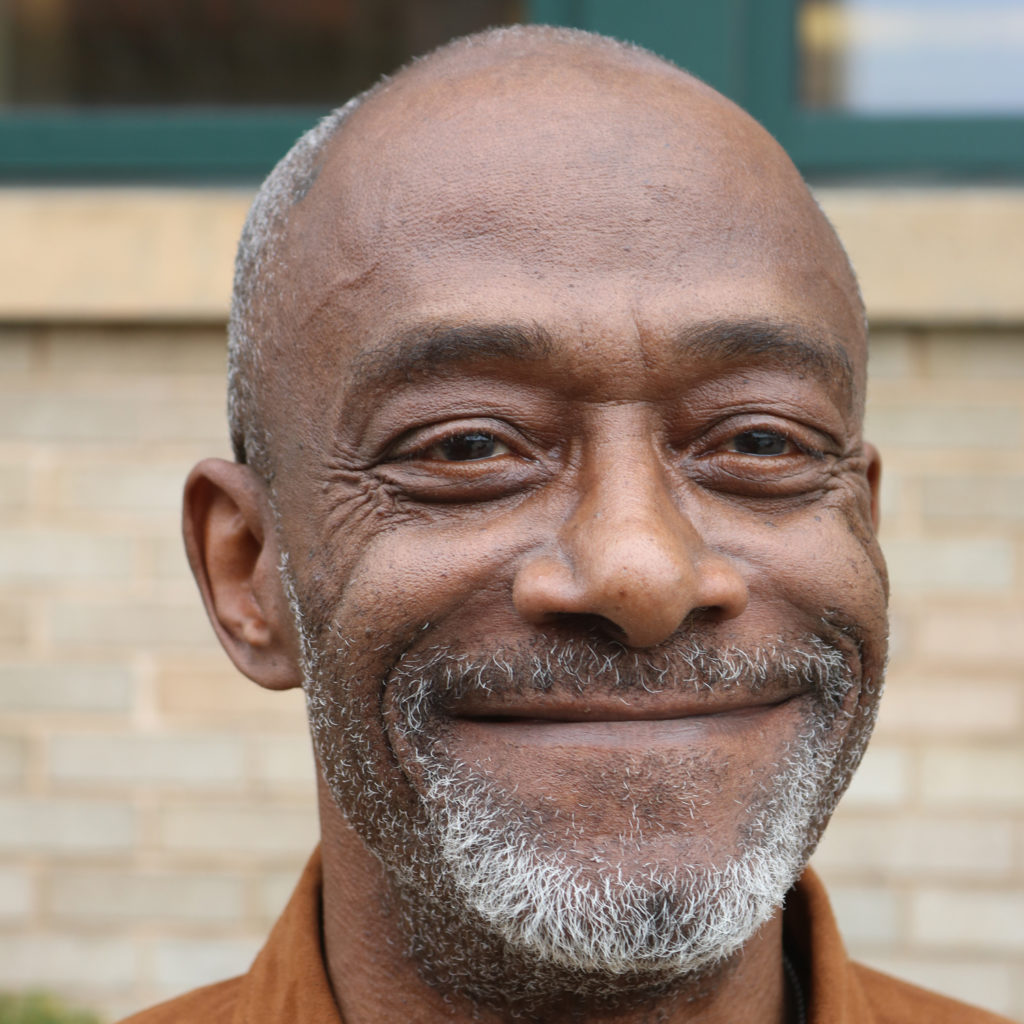 HUM was the best place to go for help.

Dean is 60 years old from West Baltimore. “We weren’t rich and we weren’t poor. Pretty much, everything I asked my mother to get me, she got it for me.” Dean recalls that he had to go to Sunday school each Sunday or else he could not go out and ride his bike afterwards. He started singing in church and it was the only thing he liked doing. “Even when I was in school, I used to cut class and go in the broom closet and sing. We got in trouble, but it was fun.” He would sing a bit of Jackson 5 or the Temptations with his friends.

Dean had his first experience getting high after high school graduation.  “I thought it was the only way to have fun.” By his twenties, people around him started dying. At that point, he would get high to protect him from the pain of losing loved ones.

“I was getting high and trying to hide it from people.” His younger sister died of brain cancer, so he started using more to cover the pain. Then his brother died of colon cancer and he increased the usage to help with the pain. Finally, his wife had lung and brain cancer. He quit his job to be with her. Dean recalls, “While she was in the hospital, I laid the drugs down. I said I wanted to be with her with a clear head.” After seeing all of the death around him, he just gave up and didn’t care anymore.

He had his own lawn service that made him enough money to buy his drugs. People kept telling him he wasn’t looking right, so he just pulled away and became an introvert. He recalls that people recognized that he had  problems, “but they didn’t have guts enough to say, ‘Dean, you need help.”

One day, his mom saw him cutting grass. She tried to call to him and he didn’t answer. Eventually, she got in his face and said, “Boy, what’s wrong with you. You need help.” That evening, his family sat around and told him he needed to get into a program. “I tried to play it off and play the jokester, but they told me now is not the time to joke.” They asked if he wanted to be homeless. “I have always been with family. They told me if I didn’t get myself together and find someplace to go, I was going to be homeless. That rocked my world.” The intervention included information on several options for help. His church had donated to Helping Up Mission, and his sister had done research and said HUM was the best place to go to get help.

The next day he came to HUM

He agreed and then went and got high again. “I wanted help, but I really didn’t know how to ask for it.” “Part of me was saying nah, you don’t want that kind of help, you can go another year like this.” The next day he came to HUM, but was in such bad shape that he ended up at Johns Hopkins for a brief detox to help get him over the rough spots. After detox, HUM welcomed him back and told his family that Dean would have a rough couple of weeks. Dean remembers, “I was sick as a dog. Didn’t want to be bothered with nobody and was thinking of ways to get put out. But I guess God had other plans, because I am still here.”

Finding good people to be around

The spiritual life classes really hit home. “I said to myself, I am going to give it a go, I am going to try.” Dean believes that being held accountable at his work therapy also helped get him through his seed phase. Likewise, it really helped him when he found good people to be around. He met great friends in his dorm. “The whole dorm was just guys that were feeling what I was feeling.” They approached him and said, “I feel your pain. I done been there, I know what you are feeling.” That really encouraged Dean. He recalls, “Just surrounding yourself with people who are honest with you and are not going to tell you what you want to hear will get you through this.”

We would cry together

Every morning now, Dean wakes up and prays to be a better person than he was yesterday. He believes that the many opportunities here at HUM have really helped him. The pastors, the book club, the art room, and the treatment coordinators have all really encouraged Dean to grow. But if you listen to Dean, you will know that his counselor and his time in the choir really had an impact on his time at HUM. Dean describes his counselor, “We would talk, laugh, and cry together. She taught me to look at life a different way.”

It took him four months to join the choir. He explains, “I had to work on me. [But] I heard them singing and it was like a magnet, it just drew me to it. Just singing praises to the Lord and being in the company of that group of guys. They helped me through my hardest times.” Dean is not one for talking, but singing allows him to express himself.

HUM helped Dean through the hurt

Dean has had to deal with death again since coming to HUM. A friend left the program early and died from an overdose. It was very difficult, and he is sure that if he was on the street he would have tried to numb the pain like he did so many times. But, he had his support from HUM to help him through the hurt.

Dean explains, “If I went back out and used again today, I would be letting a lot of people down. First of all, I would be letting myself down. And today, I want to live. It hasn’t always been peaches and cream through this journey. But, I have had more good days than bad days.” He says that now they are mostly good days. Dean says, “I graduated, I became an intern and I have stuck around… I’ve got a purpose today.”

Thanks to you, Dean has found the man he always knew he could be. He is singing again, worshiping a God that won’t give up on him, and making sure that he will be leave his mark on this earth as a man who was dependable.