Blue gives hope to the hurting 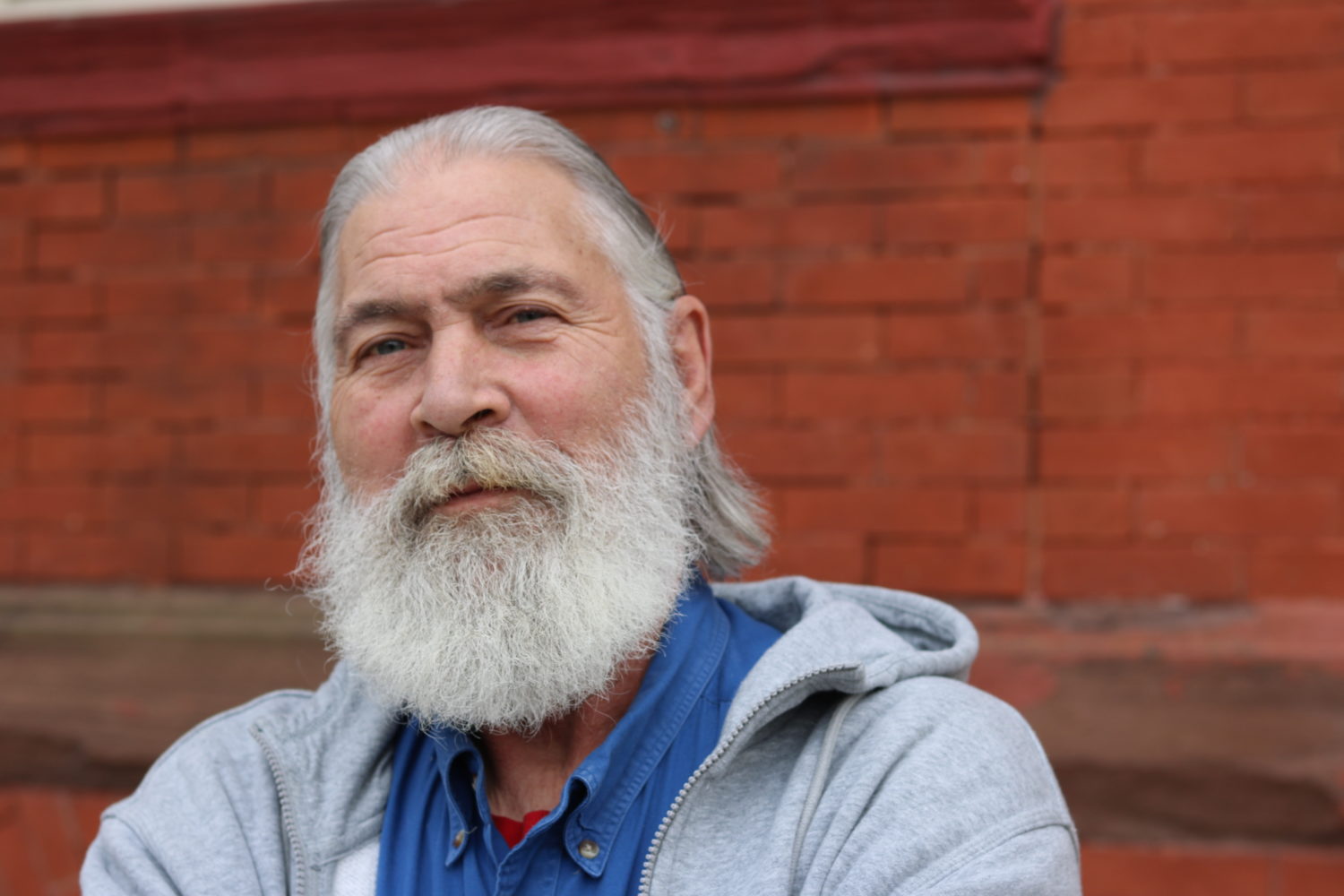 Robert is 67 years old and just recently celebrated three years of hope being clean and sober after fifty-two years of addiction. Better known as Blue by everyone at HUM, he explains that someone once joked about him being one of the Blues Brothers and while he didn’t see the resemblance, he loves the blues so he let the nickname stick.

Blue was born in 1950 in Baltimore. He started drinking and smoking by the time he was twelve. At the age of fifteen, a friend’s older brother introduced him to heroin. He explains, “It was just the sixties. I was a hippy. I was high through the whole time. When I wasn’t sleeping, I was getting high off of something.”

Blue recalls, “This is the era of Vietnam with the draft. So, guys like me didn’t really have anything to look forward to. None of us wanted to fight in some jungle that didn’t make sense. So, when I went down to the draft board I was extremely high, and I never got drafted.”

Blue was arrested for possession of heroin.

In 1968, a month after graduating high school, Blue was arrested for possession of heroin. Blue said, “I went on methadone after I got busted. My mother and father didn’t have a clue what to do.” They took him to a psychiatrist who prescribed the methadone.

During this time, he met his wife and fell in love. They were both on methadone for ten years, and then he detoxed off of it. His wife was taken off of it abruptly and overdosed a few days later. Blue gave her CPR and brought her back to life. After a few days she overdosed again, and this time, he could not bring her back. Blue was devastated and did his best to bring up his daughters without their mother.

“I got high for fifty-two years.”

In 2000, Blue lost his job because he was shooting dope and couldn’t work without it. He ended up homeless and set up a makeshift shelter between two buildings. After about a year of living on the streets, he found an old broken-down hearse in a parking lot. The back was unlocked and he moved in. He remembers, “I almost froze to death on Christmas Eve in 2004. I was dope sick. I didn’t have any money. I went into the back of the hearse and covered up with every piece of clothing and blanket that I had. I got so cold. I will never forget that.” He went into a shop and sat there to try to warm up, but was forced to leave. As he was walking down the street, a lady saw he was distressed and let him sleep on her couch and get warm. “It was quite a Christmas. It is not something I am trying to go back to ever. When I see [homeless] guys come in here at night, I know what it is like.”

Blue had been in and out of programs so many times

In January 2014, Blue went to Bayview Hospital to detox. He had lost so much weight and gotten into such bad shape that he couldn’t walk. He was sent to a rehab center to regain the ability to walk. He was physically getting better. But in September of 2014, he took some pills and drank a pint of vodka and woke up in an ambulance on the way to St. Agnes. The social worker at St. Agnes told Blue’s wife about HUM. He had been in and out of programs so many times and had always focused on the physical and mental health side, but never had he thought about the spiritual aspect of recovery. When he arrived at HUM, they told him that it was a year-long program and he was not ready to commit to that. He admits that he thought, “Oh no! I am gone. I headed to the door. The only reason I came back is because my wife stayed at the desk and stared at me.”

“I was in really bad shape, really.”

The first three or four months Blue struggled and did not sleep much. “I was in really bad shape, really.” When asked what changed for him, he explains, “I stopped fighting God. It sounds like something you would say because it sounds good. Just the difference of not having to fight.” His entire life he had been an agnostic. He could not explain the existence of God and the existence of bad things at the same time. Now he says, “It has been a relief not to have to understand, I know what I know. I learn what I can. I help whoever I can. I do the best I can.”

Each week, at the graduation chapel, Blue sits in the same place and jumps up to give a hug and hope to those who are celebrating their graduation from the one-year Spiritual Recovery Program. He explains, “I feel very strongly emotionally about what is happening here. I know what it took for me to do it – to come in here and go for a year. I’ve been out there for so many years, and I’ve seen how this struggle is with drugs and alcohol. To me, a year is a miracle. So, yeah, I hug them guys when they make that year because you started something, and you finished it. We don’t do that a lot. We’re good at starting things, but not finishing them.”

“I came to understand that God kept me around…”

Blue is a graduate intern here at HUM as a Treatment Coordinator Assistant and sees his role now as to help others who are struggling to get clean. “I came to understand that God kept me around through all that stuff. God let me survive all of that. So what’s the purpose? I am 67 years old. I spent 52 of those 67 years getting high off of everything. So, I can look at my life in two ways; I’ve wasted my whole life. Or no, I’ve put 52 years of hard experience to understand the stuff nowadays. So, I choose the second.”

Blue is well known at HUM. He explains, “I am a firm believer that the small things in life make the difference. The big [things] are going to happen to everyone. The little ones are gifts. When someone talks to you and they actually care, it’s something you remember. It can make a huge difference in the rest of your day. It might make a difference in the rest of your life. Care might be the difference between life and death.” This New Year, Blue will continue to do what he can to offer hope to the hurting.