Dustin gives back to the place that saved his life 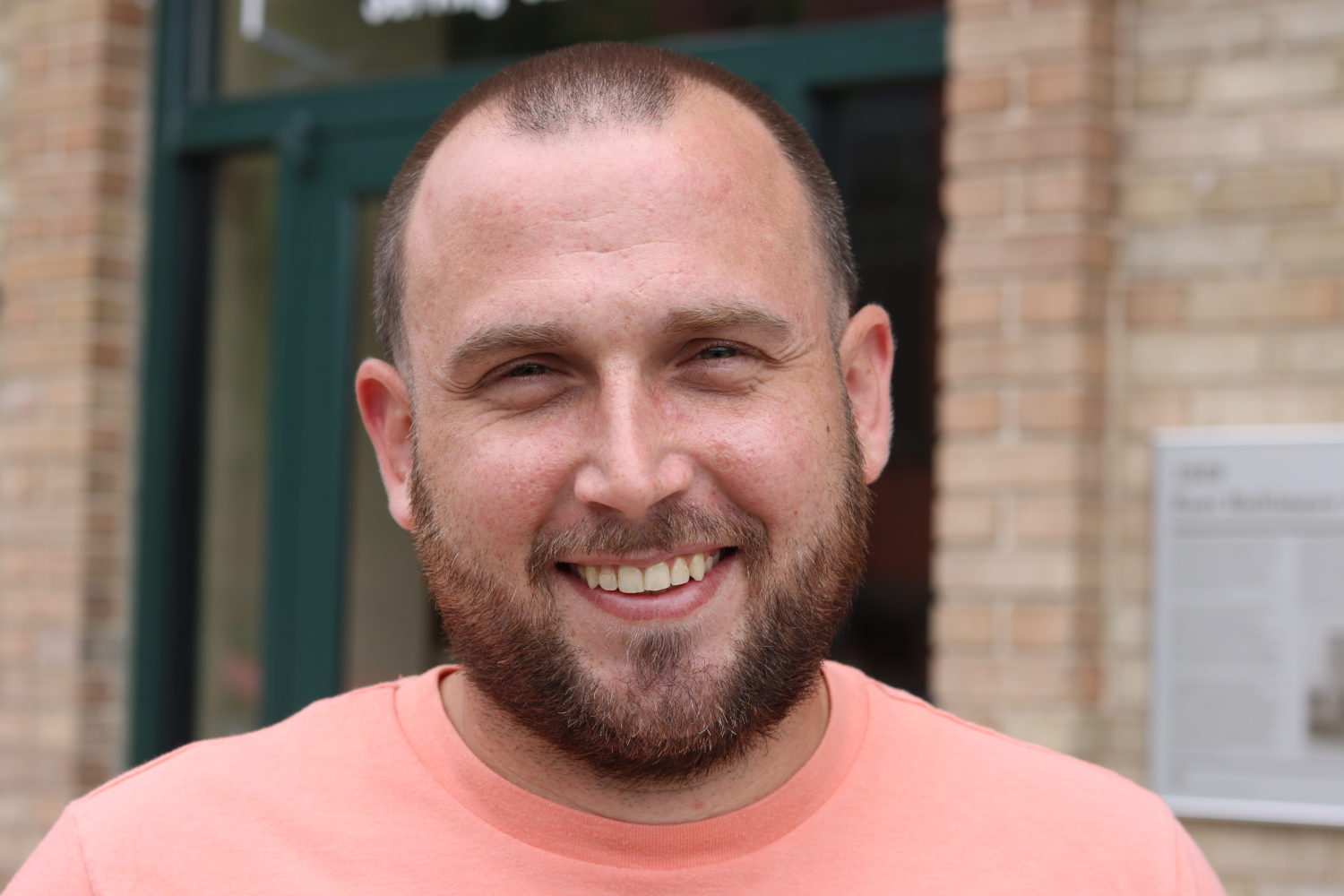 “I was using drugs for so long that I didn’t know how to live without them.”

Dustin was a Baltimore City firefighter when he fell through a flight of stairs and was injured. He was prescribed pain pills to help him recover, and “started needing more and more.”

“When I couldn’t pass the physical to go back to the department, the insurance got cut off, which means the doctor got cut off. I realized I was addicted and started feeling the withdrawal.” So, Dustin started buying pain pills on the street. When he couldn’t get them anymore, a buddy suggested trying heroin as a stronger and cheaper alternative.

He woke up one morning and couldn’t find any drugs. He remembers, “I was sitting around, hating myself, and hating life. I cursed God a lot and was wondering what went wrong.” A week earlier his sister and mom had tried an intervention. Dustin decided to try to detox and went to Bayview Hospital. He was in there for seven days when a social worker, “an angel on my shoulder” as Dustin puts it, came to him and explained that he needed to do something or he would die. She told him about Helping Up Mission and showed him videos of the Mission on YouTube, but he still wasn’t sure.

Eventually, Dustin decided to come to HUM. He remembers, “When the cab pulled up out front, I was scared and nervous. I was still sore and feeling [the effects of withdrawal]. I was using drugs for so long that I didn’t know how to live without them.”

At first, a year seemed daunting, but after three months of going to classes and chapel, he decided he wanted to stay. “I liked the way I was feeling. Every time I would see [my mom]; she would say ‘You’re looking good. You’re walking tall now. Keep it up.’”

“I started building a strong support network. I was making good friends. We started playing softball together. We were all learning to live again, learning to play again, learning to have fun again. Besides my family, the friends that I made here that are still my friends today; I consider them family now. There is no way we would be where we are now without each other’s support. We still hold each other accountable every day.”

When he came to HUM, Dustin knew his mother had terminal cancer. The time they had together while he was going through recovery allowed them to get to know each other better than ever before. Dustin remembers, “It was kind of a blessing that we knew she was terminal and we got to know each other [again]…it was liberating. One Sunday I visited her, and they did a church service in the cafeteria at the nursing home. We prayed together there for the first time probably since I was a little boy. I still remember that.”

After about six months, as Dustin was beginning to get his life together, he got a phone call that his four-year-old son had pneumonia and was in the hospital. Although they thought he was getting better, he did not begin to breathe on his own when the hospital removed the ventilator. Dustin was on his way to say his goodbyes to his son when his friends rallied around him. They wouldn’t let him go the hospital on his own. They were with him and went through the painful time with Dustin. While he was numb and thought about using again, he didn’t want to lose all of his progress and all the trust he had built back up. He didn’t want to disappoint those who believed in him. “I loved to see the look on my mom’s face. I loved that my daughter smiles back at me now.”

His mom’s health was deteriorating, and she could not make it to his son’s funeral. Three weeks later, Dustin’s sister called to say that his mother only had a day or two left. He and his sister spent the night with his mom as she passed away. “I just felt gratitude. If I would have picked up [and started using] after my son passed away, then I wouldn’t have been able to be there with my mom. It just kind of put everything in perspective for me. As hard as it was, it was peaceful. We were able to be there with her. I was clean and clear-minded. I was at peace, and she was at peace.”

Dustin explained how he continued his recovery during this difficult time. “I leaned on my network. That is a big part of my story; I had that positive network.” He remembers, “It was hard at first. All I knew is that I had to keep moving forward.” A few days after his mom had passed away, Mike Rallo encouraged Dustin to share his story with the new guys at HUM. “It was an emotional day. When I walked out of there, I just felt a huge weight lifted off of my shoulders.” It was also an opportunity for him to help others at HUM. “Before, I thought nobody’s going to learn from me.” Now he can see that others learn from his struggles and how he got through it.

Dustin graduated in November of 2015. Shortly after graduation, Dustin and his close friends were all offered staff positions at HUM. He recalls, “To be able to give back to a place that saved all of our lives, it was awesome.” He continues, “It’s about the guys that are here in the program. Just to be able to give back to them, it’s a special place, and I feel it when I walk in here.”

Dustin has a new life after coming to HUM. In August, he had a new a life come into the world when he and his wife had a baby boy. “Hopefully I went through the struggles so he won’t have to.” Dustin’s daughter is eleven now, and he gets to be there for her, too. “I love being a dad.”

Dustin says that those who support HUM matter. “You save lives every day. I’m not just thankful, but I’m sure my family is. I’m sure my kids are. I’m sure my mom was thankful to have her son for her last six months – her real son, not her son who was showing up high.”