Jeff now has a relationship with God 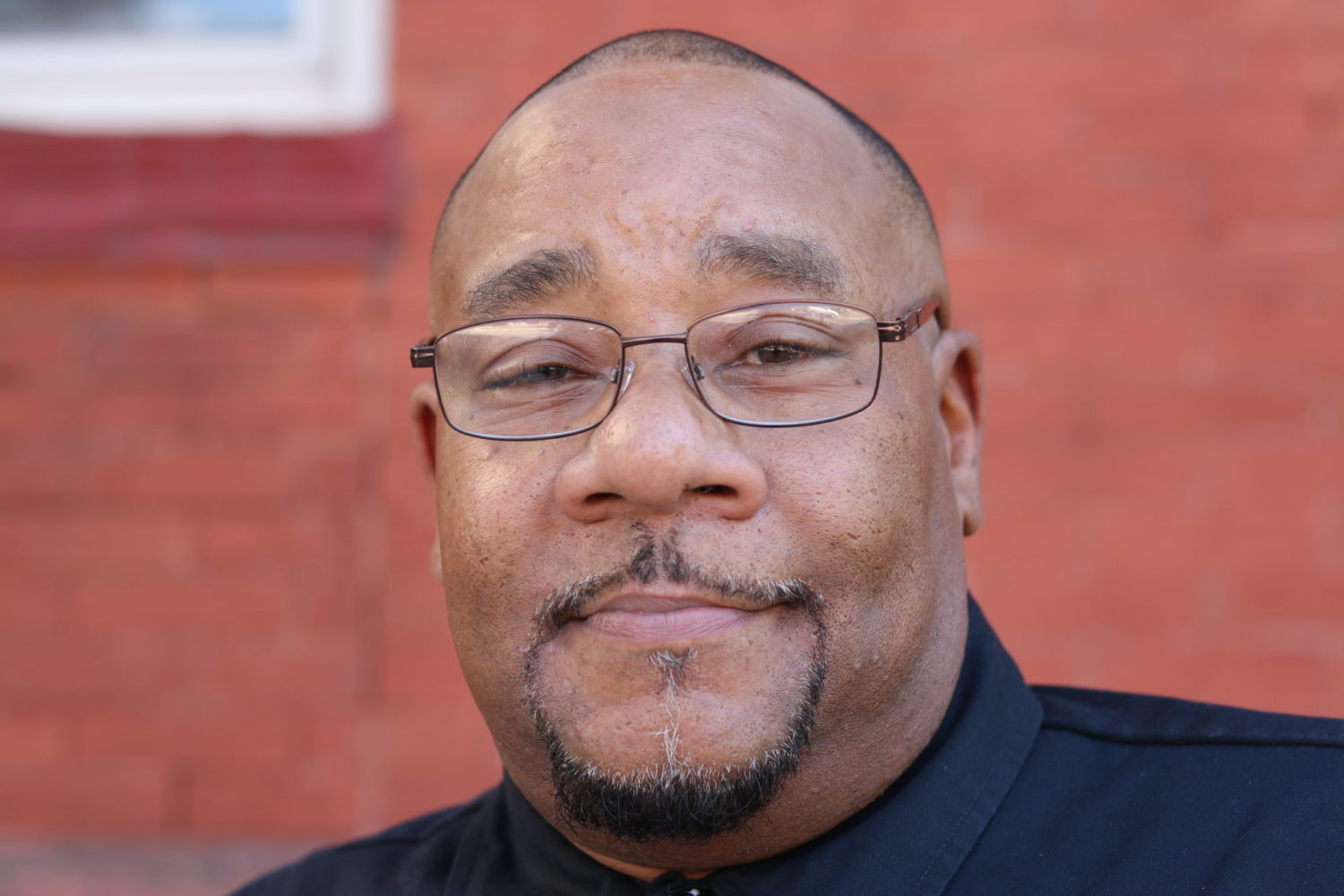 Jeff is 50 years old, and this is his third time at Helping Up Mission. He could tell
you about the challenging environment he grew up in, but instead, Jeff is looking
forward to a wonderful future with God and would rather talk about that.

Last December, Jeff came to HUM after a close call with death. He had been in the
hospital with pneumonia, renal failure, and a stroke. Jeff was in a coma for two weeks.
He tried to get it all together after the health scare but was struggling to keep a roof over
his head. Jeff recalls, “I was drinking a lot. I had given up. I was done. I didn’t want to
wake up; I was tired.”

Instead of giving up, Jeff decided he wanted to get clean and wanted to
come back to HUM. This time around, he understood that he needed to focus on his
relationship with God. “I let Him show me the people I needed to talk to, let him teach
me, and talk to me in His way. [Eventually], I got stronger.”

For the first time, Jeff realized that he had to take an honest look at his life. He
felt safe enough to tell his therapist that, even though he had graduated high school,
he had a problem reading and writing. Jeff knew this was holding him back. He
had always been a good worker and was promoted quickly. However, once he got to
a position where he had to read and write, Jeff would leave the job and start drinking
rather than tell his boss about his issues.

Now, he is working with a tutor to gain confidence in these skills.
Not only has Jeff been working on his education, he is also taking full advantage of
the variety of opportunities he has at HUM.

With the Workforce Development staff and volunteers, Jeff has taken courses in
financial planning, resume writing and other classes, including doing mock
interviews that will prepare him to return to work. Attendance is also essential
to Jeff, and he practices that skill at the mission. He proudly announces,
“Anything I sign up for, I make sure that I don’t miss it.” He had not missed a day
of his work therapy assignment as a floor tech, even when he was sick earlier
this year.

This attitude led to an interview and job offer for Jeff at a local hospital.
Unfortunately, the hospital was close to his old hangouts. He spoke with
his counselor and others at HUM and decided that he was not ready for that
situation. Jeff felt that taking the job would not be the best thing for his
recovery. He cried (in a good way) after that decision, “I realized that my life
finally meant something to me.”

I have a relationship with God

During that time, he prayed constantly and practiced patience. “I got to the point that I was talking to God all
day, and now I have a relationship with God.” Jeff didn’t give up and recently
started working at Johns Hopkins Hospital in the linen department. He
is working evenings so that he can continue studying with his tutor and
finish up with much of the medical work that he was able to address when he
returned to HUM.

Jeff is thankful for his new beginning

Jeff is thankful for his new beginning. He knows that God and his recovery
come first. He also understands that God works through people. “I am not doing
this by myself.” Jeff wants to build on the relationships he has formed with his
counselors and treatment staff here at HUM. He explains, “This place means
more to me now than it ever did before. I knew what a grown man could do
coming in here and surrendering. I knew what this place offered. If you just do it
the right way, you can go far.”

It isn’t just the staff at HUM who have helped Jeff. He says, “I want to
thank all of the donors for giving me a place to get another chance at life so I
can finally be the person I have always wanted.” This Christmas when Jeff
graduates, he has a fresh start and can celebrate the gift he gave himself when
he chose to return to HUM last year.