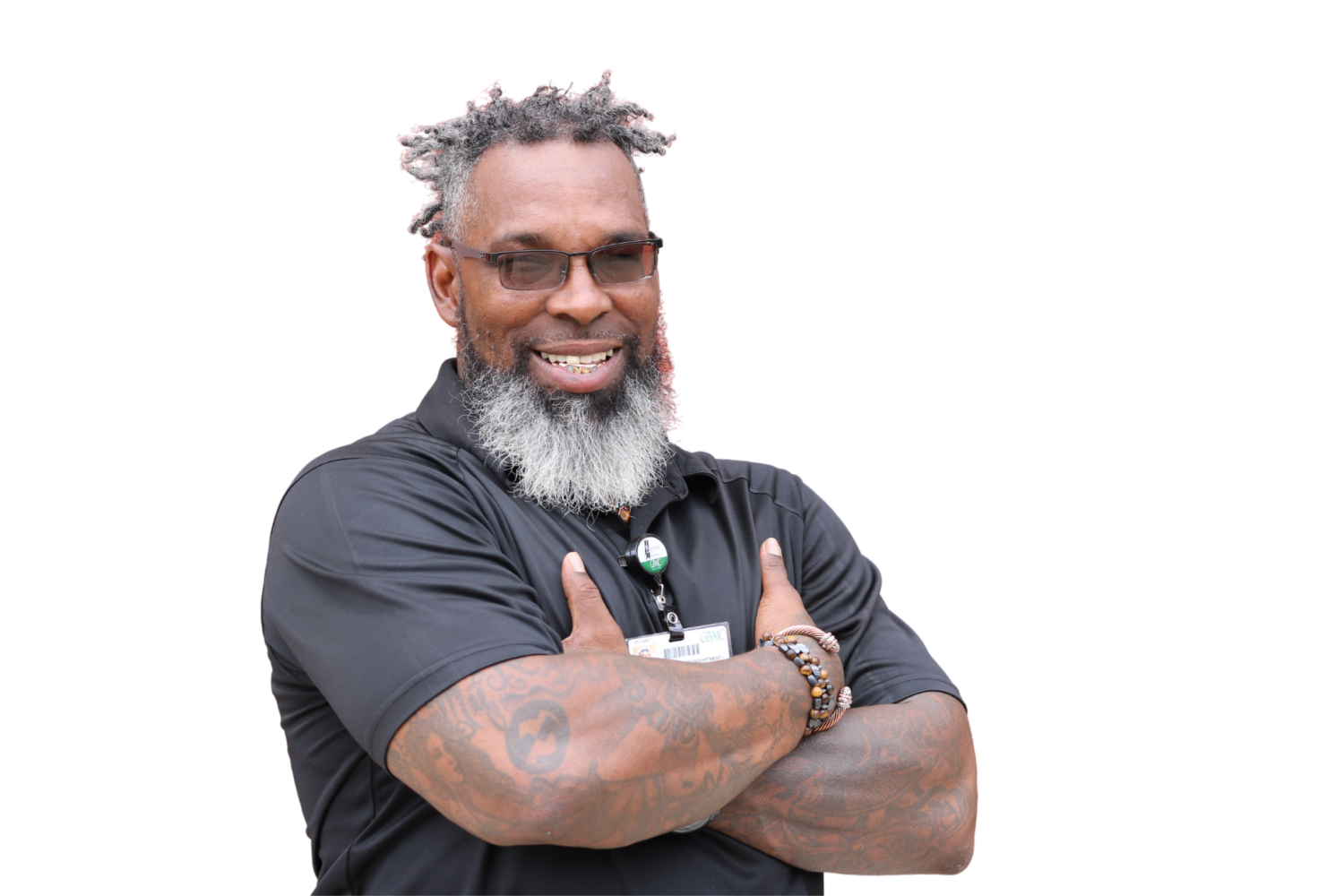 “If you are not willing to learn, no one can help you. If you are determined to learn, no one can stop you.”
Jibreel, age 51, was born October 31, 1970. Raised in Jacksonville, Florida, by his mother and maternal grandmother, he recalls those early years with combined reverence and disdain. My parents divorced when I was about six years old and growing up in the “Deep South” was quite different than up north. I was bullied a lot because of my accent and correct grammar, dress, and being an only child didn’t help. I didn’t fit in and so I began doing silly stuff, getting in trouble in classes just to ‘be liked.’” These misbehaviors eventually got Jibreel sent to alternative schools, and back to NC to live with his father, who promptly enrolled him in military boarding school. Fifteen years old and having been exposed to the criminal lifestyle, the impression it had left on Jibreel led to truancy and eventually, “a higher level of foolishness.”
“After graduation from high school, I got recruited by the Army. Having attended military school for two years I assumed the transition would be easy. I stopped runnin’ the streets, and ‘squared up,’ thanks to a stern and heartfelt pep talk with the Army Battalion Commander and my father.” However, still hanging with the same crowd led to trouble yet again. One night shortly after that visit Jibreel was cited for having an open bottle of wine in his car. The police officer knew his dad, a prominent attorney in the city, and opted to not take him to jail but write a ticket. “On the day that I was to officially enlist, they asked if I had any court issues. In a rare moment of honesty, I told the recruiters about my little mishap. Their reply: “You blew your chance, that’s it for you.” I was devastated. My Pops was HEATED; his response being a ‘good cussin’ out, fifty dollars and a one-way ticket back to Jacksonville.
Returning to the place of his traumatic childhood Jibreel again falls prey to the pressures of peers and uncertainty. It’s the peak of the Crack Era, 1989. “Everyone I’d grown up with in poverty was thriving in the drug trade; money, jewelry, cars, status. And I went into the lifestyle head-first, wanting to see as much as I could and be seen by as many who would give me attention. I started selling drugs, a failed attempt to fit in and be accepted. Unbeknownst to all, I was addicted to cocaine; my dirty secret.” Eventually exposed, Jibreel endured extreme low-level respect from his circle of so-called friends. “I was the junky/flunky little brother. I hung around because I had no purpose.”
Jibreel spent twenty-plus years incarcerated in both state and federal prisons; drug addiction being the catalyst of each crime committed and subsequent jail term. “It was during a seven-year sentence for bank robberies that I was introduced to ‘the Recovery Process’ and eventually Peer Coaching, through mentoring comrades who endured similar struggles.” Several years and a few additional prison stints later, while in pre-release, he participated in a re-entry program called Project Empowerment. “I learned how to prepare a resume and cover letter and present myself as highly valuable, with marketable skills. I interned at a Behavioral Health clinic in DC. which provided opportunities to meet and assist clients struggling with mental illness and addictions, just like me.” Jibreel thrived in the position, catching the attention of upper management who suggested he acquire his Peer Recovery Coach (PRC) certification. Being in active addiction, however, terminated that opportunity, and eventually his job.
Jibreel continued to struggle with his inner demons of addiction and depression, eventually destroying his marriage and relationships with his mother, who’d stood by and supported him throughout thirty-plus years of substance abuse and incarcerations. “My parents, especially my mother, current spouse, my ex-wife, and significant companions. So many people put so much unconditional love and support into my cause and I reciprocated with lies, manipulation, abuse, and selfishness.”
“My dear friend, who’d given me shelter after relapse and expulsion from a transitional house, urged me to talk with her cousin Chris, an esteemed Helping Up Mission (HUM) graduate. I made excuses for over a year, but after getting called out for using drugs in her home, I was soon to be homeless, with no other options! Broken and weak at this point, I still argued: ‘Man I’ve done 20+ years living around dudes behind them walls and now I’m just supposed to go back to that?” God’s reply, via Chris, was: ‘Jib’s, you’ve made it through maximum security penitentiaries, this’ll be a cakewalk, those bids prepared you for this…” Jibreel came to HUM the following day. “One day in (Director of Spiritual Life) Mike Rallo’s class he posed a question: ‘what’s stopping you from working on yourself?’” I’m too scared to put in the work, man…,” I replied. I learned in that “light bulb” moment, that making myself vulnerable was essential for my healing to ever begin.
“I have been blessed to be in the position to serve others. In addition to earning my PRC certification while here at HUM, I’m a part of the Emergency Department SBIRT Team at Greater Baltimore Medical Center in Towson, MD, an expert team offering resources and support to patients who are suffering or at-risk, as I once was.”
“I have a better understanding of God and more profound respect for Him and plan to fulfill what’s in store for me. My journey to learning and embracing the Recovery Process has been 20 plus years in the making. And HUM has been integral and essential in my process. Without the generosity of HUM, I have no idea where I would be. Yet, I’m grateful for where God led me-1029 E. Baltimore St.”
“To the donors, come down here and see. Whether it is serving the less fortunate or purging your closet, you are giving to someone who will gratefully appreciate it.”