Thanks to You… Adam is Running for the Underdog 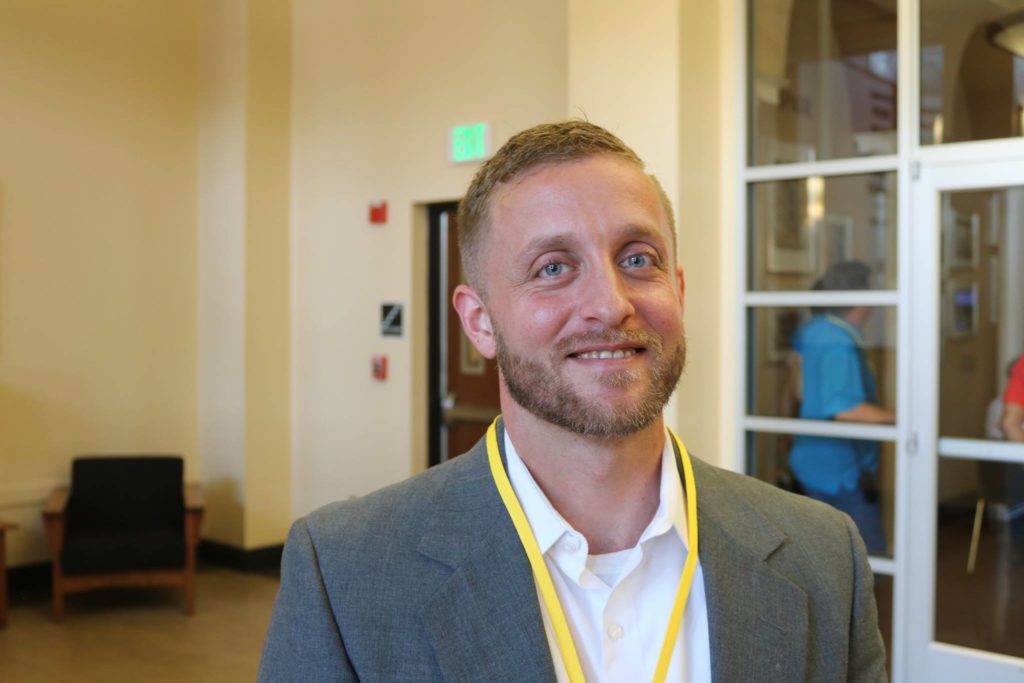 For Adam, the loss of his father coupled with the weight of family obligations, steered him into dependence on painkillers and eventually heroin. In an attempt to free himself from the family construction business and escape tradition, Adam went to school to pursue a degree in Political Science. He intended to “fight for the underdog”.

Little did he know that the underdog he would ultimately fight for would be himself. After coming to Helping Up, Adam began to make peace with his past and his background. Once a high school track athlete, Adam even began running again. And now, he runs for recovery. He believes that “running is a metaphor, not just for recovery, but for life itself”.

Adam will be the first to tell you that “a journey of a thousand miles begins one step at a time. It doesn’t matter if you’re rich or poor. If you put your mind to it, you can finish the race”.

Adam grew up in Baltimore County, in a loving family that attended a strict church where music and toys were forbidden. His parents left the church when he was 12 and his father died unexpectedly when Adam was 18. The passing of his father and shortly thereafter his uncles rendered him without male figures. He was told that it was time to “man up,” and observe the Italian tradition of proper mourning.

He went to Virginia Tech to get a degree in Construction Management and follow in the footsteps of his late father, but his education was derailed after a marijuana possession arrest. At this time Adam decided to change his education goals and moved back home to study Political Science. He wanted to fight for the underdog.

During college Adam pursued the “normal” habits of a student and drank alcohol and dabbled in marijuana but functioned. At this time Adam had a daughter, graduated college and took two years off.

He started Law School at University of Baltimore and he “never got into it to make money,” as he “expected more social justice.” The reality of Law School quickly made him disenchanted. He was during this period when Adam started experimenting with painkillers. His using quickly became a dependency which led to headaches and even seizures. Adam remembers stockpiling the medication, which did not last long, spending too much money and then one day a friend told him, “heroin was cheaper.” And soon his life spiraled out of control.

Life now involved, falling asleep at the wheel, breaking and wrecking cars, and ruining the relationship he had with his daughter’s mother. This spiral resulted in Adam moving back home and even stealing from his mother. All the while still working and attending Law School.

Inevitably Adam spent 30 days in Jail not thinking about the future, but how to get more heroin.

Upon arriving at HUM, Adam finally took the time to listen to his elders and just “sit still.” He started his work therapy in house keeping, which enabled him to satiate his desire to be of service. Today he is a graduate intern and he has been clean and sober for over a year.

In October 2017 Adam started running for the first time since running high school track in 2002. “It doesn’t matter how fast you run, if you put your mind to it you can finish the race,” Adam transfixed in the metaphors like those in recovery tend to do. Physically he began to feel much better and working with HUM partner Back on My Feet enabled him to feel human. “We have great volunteers that give donations and help serve meals, In Back on My Feet, volunteers run with you, get to know you and your family, and actually treat you like people. Which is awesome, because most of us, for years have only been told that we are thieves, and liars, and criminals.”

“My daughter’s mother would not let me in the house, my mother kicked me out, and my sister wouldn’t even talk to me,” Adam recalls. Fast forward, he returned from a week’s vacation – with his mom and sister, and his mom now lets him drive her car and stay at her house unsupervised! His sister communicates with him, and he even helps his daughter’s mother with stuff around her house!

His daughter would do an impression of Adam “sleeping at the wheel.” Now she cheers him on as he races and gave him a book entitled 50 Things I Love About My Daddy for Father’s Day. This “Mad-Lib” style book contains quotes such as “ I love how fast you run,” and “ I love that you never make me brush my teeth.” The transformation is really powerful when Adam honestly states, “ I knew I was being a terrible example, I was using just to be a bad dad, If I didn’t have the drugs I would be a dad at all.” Today, “Having a kid is the best adventure in the world, she is my inspiration!”

Today Adam is on a spiritual walk. Helping other addicts or the homeless make him feel that “all of his messing up… can be for a purpose, positive. He quotes Paul’s letter to the Corinthians “the suffering of this present time are nothing compared to the glory that shall be restored to us.” 20 years from now Adam envisions his daughter realizing that he “was human, fell and got back up” Adam knows that he has “a long way to go,” but with the “support of the people who have gone through it already,’ it will help him get to the point that he can do it on his own.

Adam believes like Jesus said” it is mercy when a man can be who he deserves to be.”