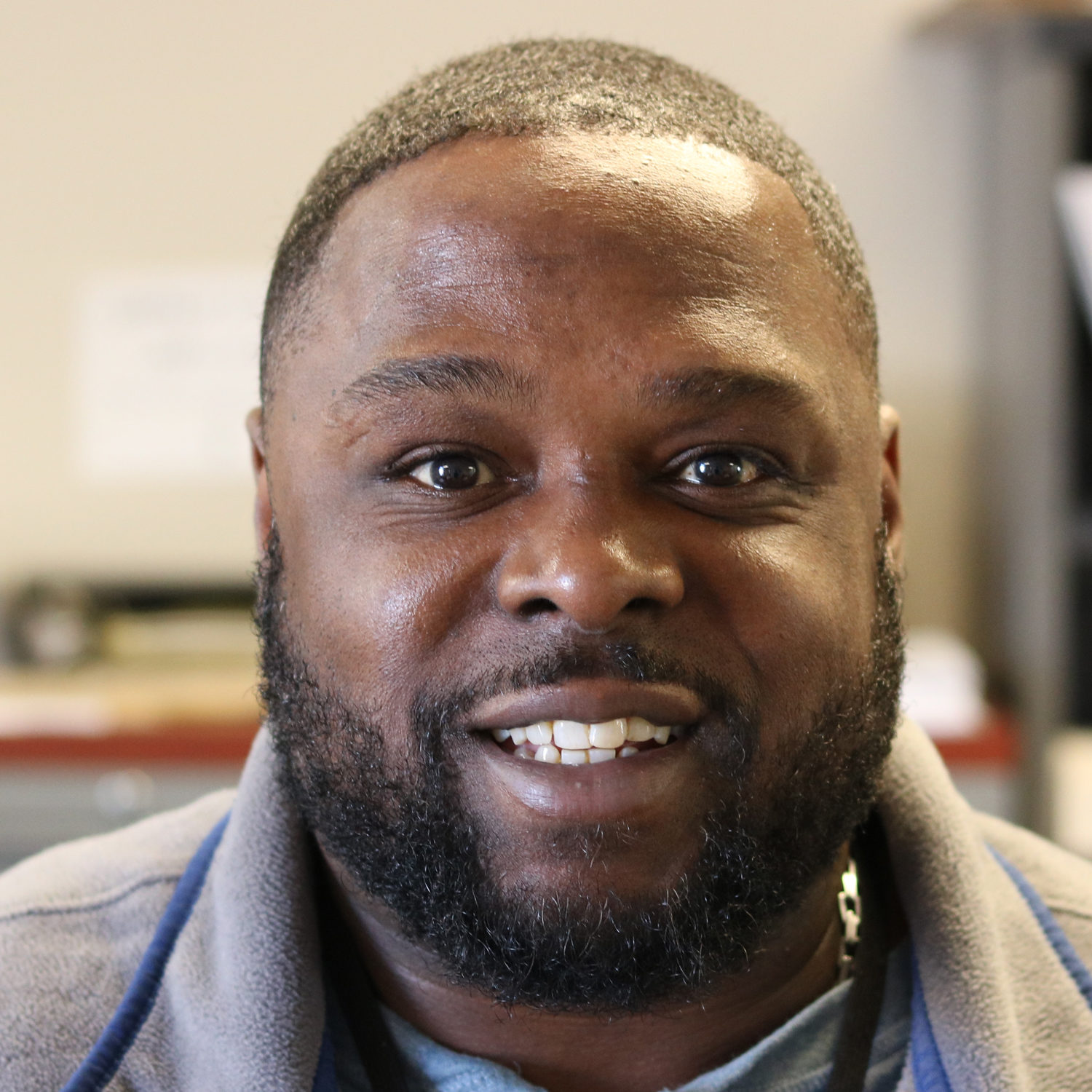 Eric is 40 years old and from West Baltimore, but moved to Carol County as a child. He explains that his parents were good people and he wanted to be like them. Eric was a good student, and his goal was to become a police officer after college. He recalls, “I wanted to be a detective. I always wanted to protect everything around me and police did that.”

Eric started using at the age of 14 when he saw the cool kids using, and he wanted to be like them. Not long after, he began getting drugs from the city for his friends in the county. Despite his drug use, he managed to continue through school with good grades. He had a teacher who noticed something was going on and confronted him. Eric remembers, “She told me she would help me in any way.”

Shortly after graduation, he was charged with robbery and assault. Although the charges were eventually dropped, Eric was no longer able to attend college to become a police officer. Before he could start college again, Eric got into a street fight and ended up in jail for robbery.

Eric moved to New York to be with the mother of his child and began a pattern of drinking and bad decision making. When he returned to Baltimore, his mother died, and Eric went on a six-month drug run. He explains, “Literally, I was trying to die.” He tried to get clean but instead became addicted to heroin. He and his girlfriend had their children taken from them because of the drugs.

He went through several cycles of getting clean and then messing up. In 2015, he got clean again and was clean until he was in an accident. The doctor prescribed pain medicine and Eric refused to take it at first. Eventually, he was in so much pain that he started taking the pills. After about a week of taking the pills, he decided to come to HUM. Eric said, “I knew I was getting ready to go on a run.” He could tell he was losing control and knew he needed help.

When he came to HUM, Eric “saw people making it. I saw people making themselves make it. I saw there was a whole lot going on in one building.” Even though he didn’t need the majority of what was offered at HUM, he was impressed. He had a place to live and the ability to leave, but Eric decided to stick it out to see what would happen and recently graduated.

Eric shares that he is sure that, “you cannot skip the struggle. That is where the personality is built. That is where the character is built. Anybody, anywhere that skips any struggle when they fall on their face, they are lucky if they get up again. People are dying from that.”

Eric is now the overdose outreach advocate at a nationally known hospital. He goes out into the places of need to help those struggling with addiction and tries to share hope with them. “I care about people seeing who they can be,” Eric explains. He likes providing options. “When I was in the midst of everything, there were no options. You wake up every day, and your intent has to be get money or be prepared to die. I have choices nowadays.”

He believes there is something at HUM that is special. There is no reason this many men who would never even speak to each other in the street can get along at the mission.

Eric feels like he is living right now to help others out. “I feel like my existence right now on this earth is if I am not making it better, don’t touch it.” He is thankful that he got to meet every single person that he met at HUM. When asked about his plans, Eric explains, “I want to try to share the hope that I learned. To me it is real.”

Listen to Eric tell his story on our podcast.