Because of you, God will take Brian the rest of the way 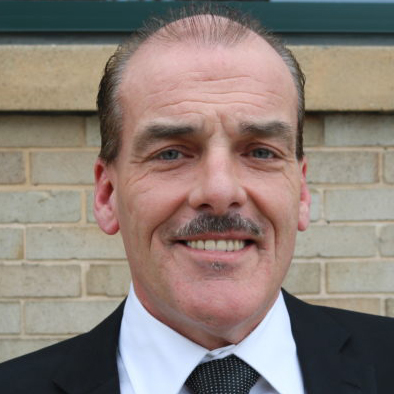 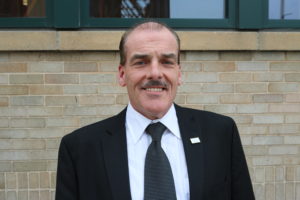 Brian, 50, was born in the Eastern Panhandle of West Virginia. His father left the family coal company to work at Bethlehem Steel in Baltimore. When Brian was 11 his grandfather died, so his father needed to return to West Virginia to take over the business. Brian’s mother didn’t want to go, and chose to stay in Baltimore with Brian. “I felt that I did something wrong, because my father left,” Brian remembers.

Brian’s earliest addiction was money. “I thought my father left with everything, so I got a job to impress him. I was delivering papers, but I was also delivering drugs for my step-brother. There were times that he gave me $500 per week. When I was 16 years old, I went to Fox Chevrolet and paid $14,672 for a new Chevy van. My mother was so proud of me—she thought it was from delivering papers.”

“I worked hard and sold drugs. I was a functioning addict who used cocaine, but my mother was a nurse and she thought cocaine wasn’t addictive. I’d get clean for 60 days and then I’d start using again, but in my mind I wasn’t an addict. I started selling heroin and made fun of the people I sold to. As it turns out, my God has a sense of humor. I got hurt at work and needed back surgery. I started using Fentanyl patches and I was good to go, but when they said I didn’t need the medication anymore I started snorting dope. I became what I had judged.”

“Last year my mother got really sick. She was dying. She was in hospice and my family didn’t tell me because I was so messed up. Then my mother didn’t call me for my birthday, and I got worried. I later found a message from her—she had been in a coma and came out of it to look for me. I went to see her, but did dope in the bathroom while I was there. A nurse caught me and started crying. She said, “you’re killing your mother, get some help.” I didn’t know what to do. I’ll never forget the day I was with a girl, and the next thing I know I’m waking up from the inside of a rubber body bag. Paramedics hit me six times with Narcan. I haven’t seen that girl to this day, but if it wasn’t for her finding help I’d be dead. I knew that I had to do something, so I went to detox at Bayview. I was there for ten days when they usually only give you three. They suggested Helping Up Mission. The following Monday, at six o’clock in the morning, I was here. And I’ve been here ever since.”

“I decided that I was going to succeed. I started going to meetings every night of the week and bringing new guys with me. I got a sponsor and I started doing step work. I read the Bible, especially the daily Proverbs. This program has given me the structure that I needed in my life. You have to change the way you’re living. Today, I can walk through things instead of around them, even when it’s not great. I want to be clean more than I want to be high no matter what.”

“Three weeks ago my mother died, but before she did I went to the hospital and said, “Mom, I love you.” She responded, “I love you too.” I said, “Mom, you’re going to be alright,” and she said, “No, you’re going to be alright. I love you,” and she closed her eyes. I came back to the HUM and dealt with it. It’s not easy, but life shows up. At my home group I celebrated a year clean with a couple hundred people there.”

Brian now runs the crew for HUM’s maintenance work therapy program. He helps with the interview process and brings guys in with the right skills. Brian says, “ it helps with their recovery, and I point them in the right direction. I’ve got guys beating the door down at six o’clock in morning. I tell the guys to do everything that’s suggested, and they can’t tell me it doesn’t work.”

“Today, I get on my knees every day and say, ”Not my will but Yours be done.” I believe that this is what he wants me to do. I just take that little step, and God will take it the rest of the way. I don’t know how, I can’t see it, I can’t touch it. But I know it.”