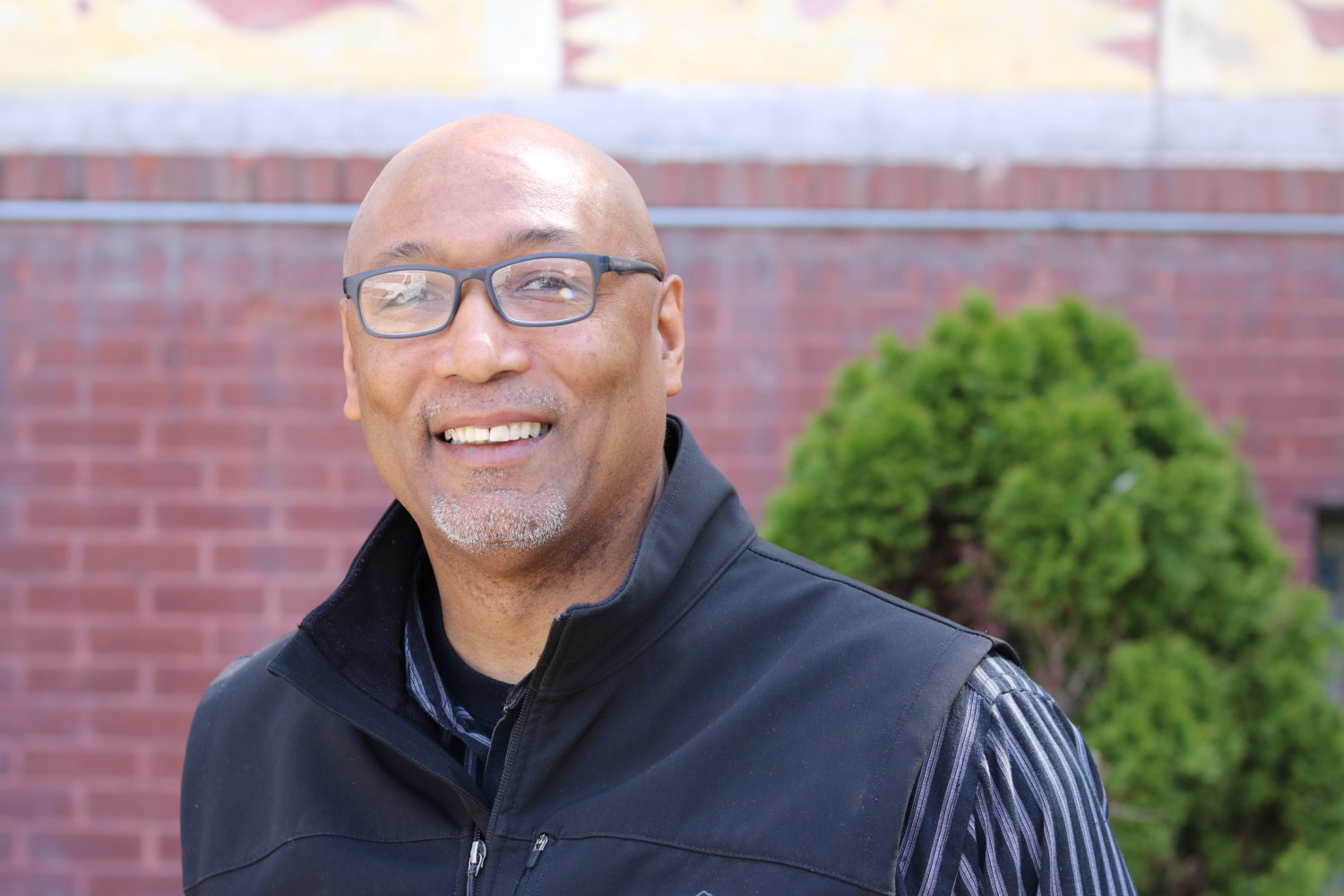 Vernon, 62, was raised by his mom and dad in East Baltimore. One of six children, Vernon says of his parents, “they taught us discipline. The neighborhood knew we were disciplined. We were taught to be respectful. My mom is old school from the south. You say “what”, you got knocked upside the head. We all had to eat dinner together. We went to church together. I was poor but didn’t realize it. I was rich because I came from a rich loving family”.

“My dad had some character flaws. He suffers from a dual addiction to alcohol and gambling, but he was loving. I look at the good that he did in spite of his addictions. My father worked at Bethlehem Steel, and he always came home. Because of my dad’s troubles, my mom was the solid rock of the family. Sometimes my dad would beat her and lock the door. I hated him for that. When I was 18, my mother left my dad, and she is my best friend to this day. Soon after she left, my dad stopped drinking and hasn’t had a drink since. Hee still gambles, though. They’ve been divorced for 40 years, but now they’re the best of friends. It was 20 years ago that I confronted my father about what he did and how it affected me, and it seemed like an out-of-body experience. I finally had peace”.

When I was young I played basketball and baseball. While most of my friends went to Dunbar High, I wanted starting positions in my sports,so I went to Lake Clifton High School where I had those opportunities. We used to smoke weed and drink beer. The first time I tried cocaine I was at a picnic in 1982, at the most prestigious law firm in Maryland. All of these lawyers and these guys were smoking something different, and after trying it I said “wow!” Cocaine was my drug of choice from there on out”.

“I went to college, and one of my roommates started selling cocaine. Because it was free, I started using heavily. I had no idea how expensive it was.hen everybody got out the game, I was stuck with the habit. Some time later, I found that I had a bunch of money in my 401k, so I quit my job. In six months I spent all of my money, went back to work, and finally lost my job. I went AWOL smoking cocaine. That’s what it does”.

“This is my second time here at the Mission. I came here in 2009 and graduated, but while I was in the program discovered that I had stage 4 prostate cancer. I never would have known if I hadn’t had access to the medical resources here. It was the first time that HUM saved my life. After graduating, I had several years of sobriety, and got a job at the University of Maryland Medical Center. I was a jack of all trades, and they created a position for me where I would talk to people who were battling depression. I was unprepared for the responsibility, and I started using again. I lost my job in 2017, which caused me to become depressed. I wanted to kill myself. I sank deeper and deeper into depression. Eventually I realized that I better come back to the Mission, so I made the decision to come back in 2018. I called Pastor Gary and said, “I need to come back”. He said, “well, come on back”. So I came back and I’ve been here ever since”.

I can’t think of a better program than Helping Up Mission (HUM). It has helped me get organized by setting goals and writing them down. HUM has helped me heal and grow, and I’m now working as an intern with the Johns Hopkins’ 911 program. I work with a bunch of guys just starting recovery, have the opportunity to give back. Every time you help somebody, you realize that there are a lot of people going through a whole lot more than what you’re going through. When I leave here, I’m going to come back and be an active alumni. I’m not going to make the same mistake I made the first time I graduated by not coming back”.

“Today, I’m active in my church. I’ve been going to this church for about twenty-two years, and I serve as an outside greeter. We have a lot of seniors at the church, so I help them get out of their car, and when it’s raining I hold an umbrella for them. People count on me. They look for me every Sunday. It’s so ironic, because my mother used to bribe me into coming to church”.

“The HUM is a microcosm of society. Don’t let this opportunity pass you by. Thank God, I got a chance to come back. God came with a second and third and fourth chance, and the men here are good people despite bad decisions they have made. Thank you for taking a chance on us through donations and volunteering. It’s making a difference. My mother lives on a fixed income, and she has been a financial donor since my first time here, because she knows the possibilities it creates. Because of you, a lot of us are able to go back into society, to be a rock for our families”.