Thanks to you . . . Chris has found true love, “a type of love that will never leave me.” 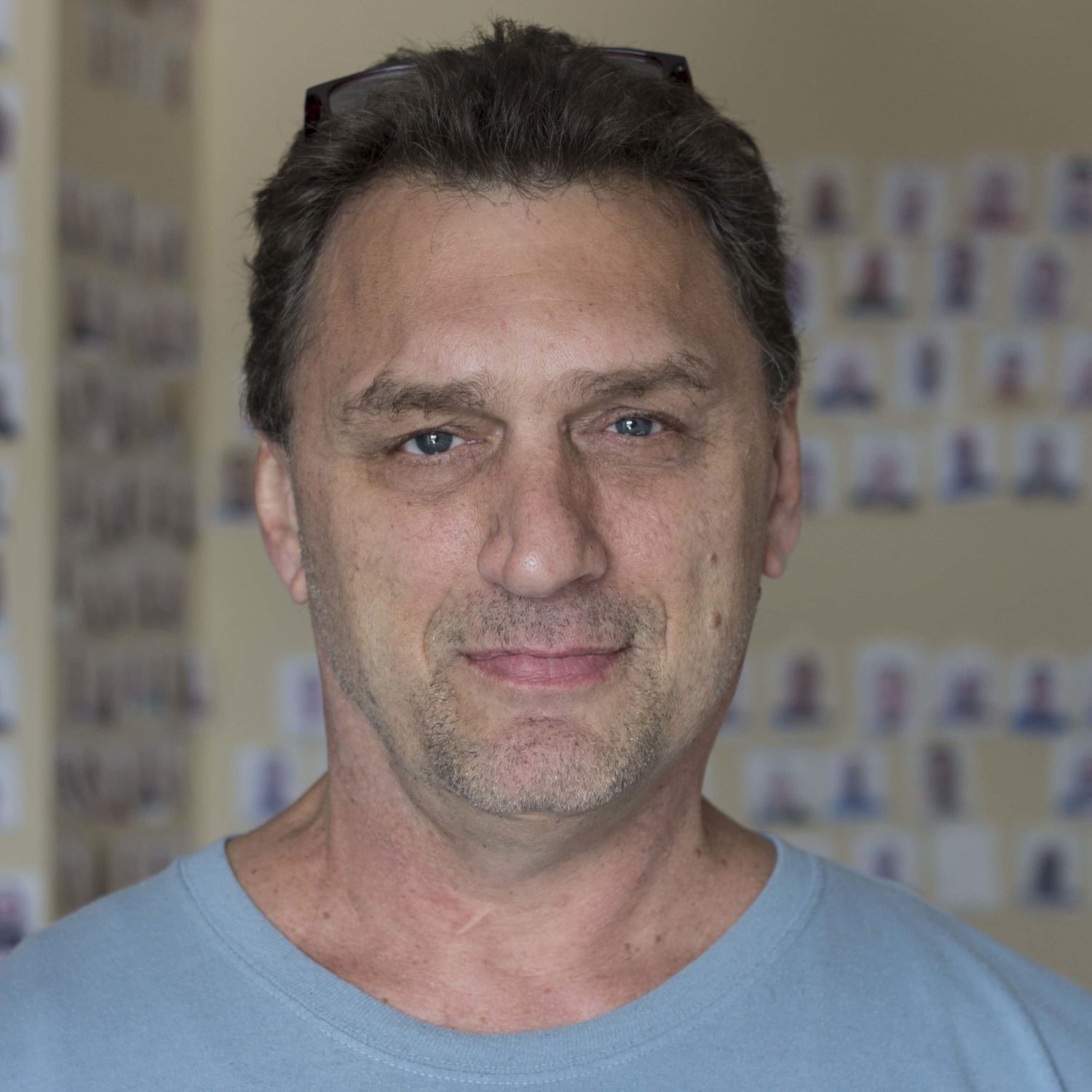 Chris, 56 years old, is one of three sons of an army officer. Chris considered his father his hero. He grew up in thirteen states and three countries before settling in Maryland as a tenth grader. His father was away about eight to ten months a year at that point, so Chris was mostly raised by his mother.

He was very athletic and played football growing up. When he moved to Maryland, he became the starting quarterback on the high school junior varsity team and then quickly was pulled up to the varsity team. As the varsity quarterback, Chris was introduced to drugs and alcohol and a lifestyle he had never before experienced. He found that the drugs gave him the attention and a euphoric feeling of love that he was missing. Although his parents would ask about the drug use, there were no repercussions or accountability. “I was able to do what I wanted as long as I wore that jersey,” Chris recalls.

After high school, Chris started working in the service industry in restaurants and high-end nightclubs. He moved to Colorado to help a friend with a sandwich shop that was having problems. Chris’ father, who was always trying to offer support, bought the shop for him to run. Unfortunately, Chris ended up losing the shop and everything he had because of his drug use. He was homeless and alone, so found his way back to Maryland.

Upon his return to Maryland, his family accepted him, and again Chris had no serious repercussions. The drugs were still how Chris found acceptance and love. He started working back in the high-end restaurant business where he met a woman who he says, “saw my mask. She saw what I was trying to hide.” She called him out for his cocaine use. When she found his cocaine, she told him, “Either do this or be with me and flush that down the toilet.” They got married, and Chris gave up using for several years. When the relationship ended, Chris started using again.

For the next few years, as Chris became disillusioned at work, he started hanging out with a drug dealer and eventually began selling with him. After several arrests and many years of use, Chris saw his friend get arrested once more and realized that he didn’t want that life anymore. He walked away from selling and became homeless. Chris was lucky enough that his girlfriend offered to let him move into her basement. As he sank into depression, she told him that he needed to do something; that Chris was worth more than he was making of himself. He had heard about Helping Up Mission and did some research, but still hesitated. Eventually, his girlfriend brought him to Helping Up Mission, which Chris believes saved his life.

I was broken into pieces

Chris says that he felt like Humpty Dumpty coming into HUM. “I was broken into pieces. My life was just shattered.” After a few months in the program, Chris experienced grace after a mistake and decided to commit to his recovery. At HUM, Chris experienced the healthy repercussions and acceptance that he never completely felt growing up. It has allowed him to understand what he wants for the future. He explains, “I don’t want destruction anymore. I don’t want disintegration anymore. I want Chris back. Not a confusion of euphoric love, but true love. I have found it in so many places here. This is a type of love that will never leave me.”

During his time at HUM, Chris has had multiple healthcare procedures, including a new set of dentures that allow him to speak in public without shame. He also focused his time on preparing for a job that would help him with a new start. “I can give every staff member and everybody I have come in contact with praise for me being responsible again, me being proud of myself, finding my spirituality, opening my eyes.” Chris just started working as a truck driver and is beginning his new life with his focus on the things that are true.