Dele is Feeling Your Christmas Blessings 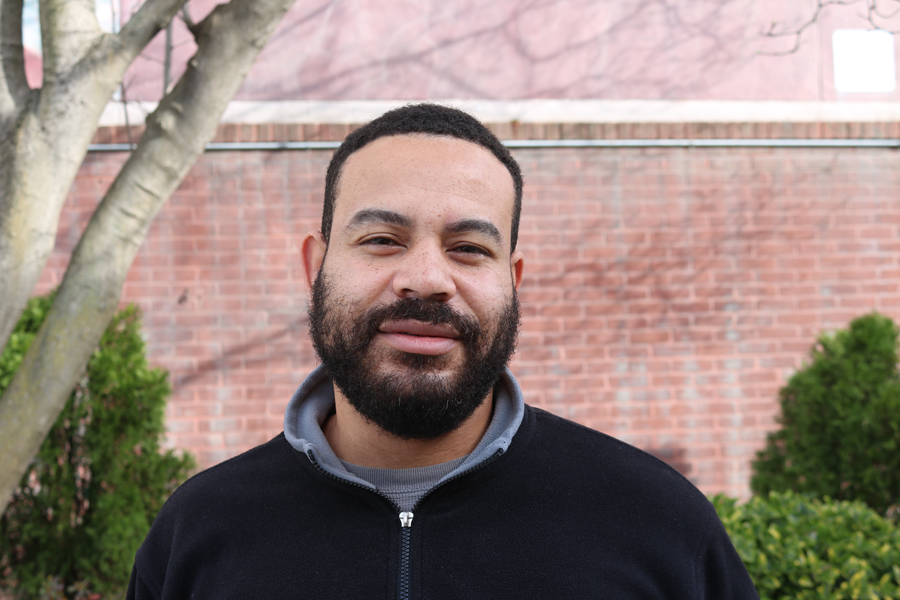 Dele is Feeling Your Christmas Blessings
“I started to become ME again”
Ayodele, 35, who goes by Dele, was born in Baton Rouge, but raised in Atlanta, Georgia. Growing up as a child of separation and divorce, Dele lived with his American mother and older brother during the week and spent every other weekend with his Nigerian father. Dele did well in school, had a good home life, and was an all-star caliber baseball player as a child. At age 15, all of that changed when he started smoking marijuana.
“My brother introduced me to “weed.” Since I was comfortable with him, smoking weed did not take a whole lot of thought. And things progressed to drinking beer. My grades started slipping in high school and with three months left to graduate, I told my mother that I was done with classes. She responded, “if you are done with school, you cannot live here.” I immediately moved out and began living with my cousins. And my addictions just took off from there. A lot of partying and drinking.”
“My father had a lot of lofty expectations. He wanted me to become a doctor or a lawyer. He would say, “work now and play later.” I reversed that to play now and work some other time. He did not want to talk about anything other than education. I did not even know what I wanted for myself. I became rebellious toward him and in ninth grade, I got into a fight with him on school property. I ended up in juvenile detention and that was the beginning of my in and out of jail phase.”
Dele would cycle between violating probation, and 90-day juvenile programs. “It hardened me. I did what I had to do to fit in. I was in and out of the juvenile detention facilities until I turned 17. And then I went straight to county jail. I got out of prison for the last time in 2013.
“My older brother was in an out of rehabs at the time. He had finally gotten clean, and by seeing him go through the process of sobriety, I thought I should try it as well. I went to rehab for the first time in 2015.” Dele started repeating the in and out process, but this time with rehabs. “But my spirituality started to grow. I could hear God speaking. He would tell me to remove myself from situations – to not go.”
Dele, recounts a pivotal moment God told him to “not go.” “One late night, I was running out of drugs (cocaine) and I could hear Him say “don’t go.” But I had to find more. It was three o’clock in the morning and I am going back and forth in my head. My addiction finally wins, and I went looking for drugs. A dealer pulls up in his truck and a gunshot rings off inside the vehicle. He pushes the victim out of the truck and takes off. A guy runs up and starts wrapping the victim’s head while hollering out for someone to call the police. In my mind that was not what I came here for. Nobody called the police. We just walked off in our separate ways. “
“For some time, what I witnessed kept playing through my mind. If I did not stop using drugs now, I might be next in line. At the time I was a member of Back On My Feet Atlanta (BOMF) and told them that I wanted to leave Georgia. I wanted to get clean and I was not going to do so there. They introduced me to Helping Up Mission (HUM) through the BOMF team in Baltimore. I got on a bus with a suitcase and a map and arrived at HUM in June of 2019.”
“When I started the Spiritual Recovery Program (SRP) at HUM, my heart and spirit were hardened. I did not want to make any new relationships with people. But little by little, as I went to meetings and classes, things changed. The camaraderie at HUM, guys checking on you to see how you are doing and making small talk. Overtime, I would speak up more and more.”
“I started volunteering. I helped build the patio at the Chase Street Women’s Center with Coca-Cola Consolidated. I also volunteered at St. Vincent de Paul church on Friday evenings. Pretty soon, I began signing up for everything that HUM had to offer and my true personality began to come out. I was eating and sleeping well and, in the process, I started to become ME again.”
Today, Dele is back in school, pursuing a degree in respiratory therapy. He graduated from the SRP and is building his connection with his Higher Power. Dele is also rebuilding trust and restoring relationships with his father and his 11-year-old son. “My dad and I are a lot closer than we have ever been. I commit myself now to be there for my family. To be there for my son. I am excited about having a future that does not involve drugs and alcohol and my biggest problem is which courses should I take in school.”
“Thank you to all of the donors for making HUM possible. For me to come here all the way from Atlanta and feel comfort and safety. To be here at Christmas. It is all a blessing.”