Rick W Turned His Life Around 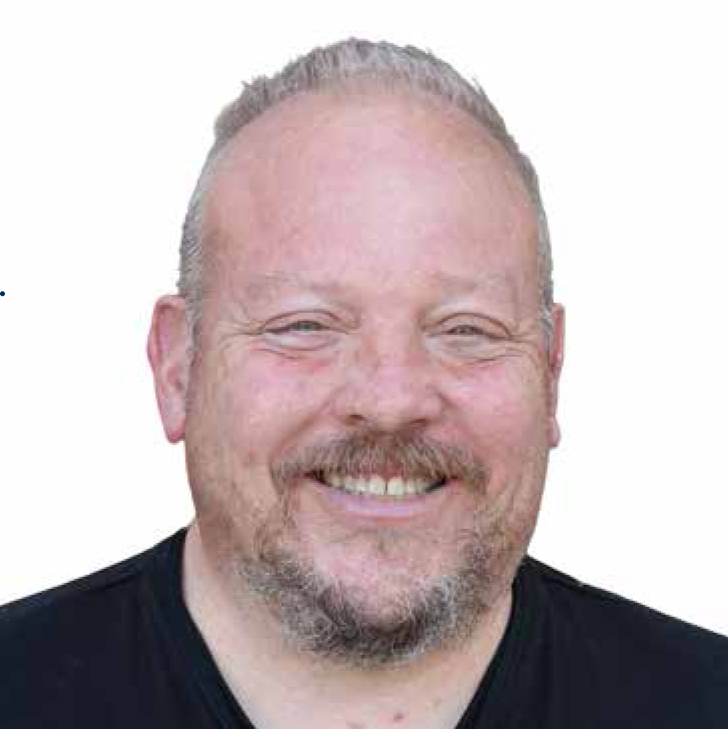 Our feature story this month focuses on the journey of Rick W., a 53 year old Navy veteran, who was born in New Jersey and raised in Boston. His alcoholic parents divorced when Rick was 8, and he took it hard. His family moved to Florida and eventually back to Boston. His father was now a raging abusive alcoholic and at age 12 Rick would have to intervene. Coincidentally, Rick started drinking alcohol at age 12, to escape loneliness and the childhood trauma of bullying. “I could not sleep at night and sometimes I got very depressed. The first time that I drank, I had four beers and I liked it so much and from then on, if there was anyway that I could get a drink, I would,” Rick remembers.

Rick feels that some of his bullying was brought on by himself. A lover of fiction, especially the stories by F Scott Fitzgerald and Hemingway, Rick would frequently dress up in white sports coats and tweed pants. “I just really got into that period of time. They (the characters) had freedom. They were always drinking, partying, and having a great time. I realize now that the books were my first indication that alcoholism was not great for me to have. And at the time, I realized that I was an alcoholic.

Eventually Rick dropped out of high school to join the service. “I was tired of school. I was tired of people. I wanted to be able to take care of myself. So I joined the Navy, and I thought that it would be a place where I could get my life back under control.”

At first, Rick trained to become a medic hospital corpsman. But, when he was getting ready to go to his first duty station, things changed. “I was told that I would become an “8048” and that’s a combat medic. It never dawned on me that I would end up a Marine. So I went to bootcamp and became indoctrinated into the Marine Corps, from how to salute to combat techniques.”

After spending time in Asia, Rick began training at Twentynine Palms Marine Combat Center in the Californian desert. “In January of 1991, we got our orders. I thought that I would not have nightmares anymore, I wouldn’t have to be bullied anymore. Fitzgerald became a distant memory. But it (war) changes you. The sounds of gunfire, the sounds of explosions. I was in Operation Desert Storm. I walked into battle with a gun in my hand and walked out with a strange sense of guilt that I have carried for the rest of my life.”

Once the war was over Rick’s life didn’t change for the better and drinking started to affect his military career. On one excursion in Somalia, he was sweeping a village, when an insurgent stabbed him with a crude knife. “I still have the scar, (the knife) got me deep enough that it took out my appendix, part of my large intestine, and almost nicked my spine. I spent three months in the hospital and four weeks learning how to walk again.”

The hospital administered morphine to ease Rick’s pain, but alcohol was his painkiller. “Being a medic, I knew that I was an alcoholic. Just like I knew it when I was a teenager. I never wanted to stop. I have Barrett’s esophagus from reflux attacks. And yet I still drank!”

In October of 2019, a peer recovery specialist named Joyce recognized that Rick needed long-term help and recommended Helping Up Mission (HUM). “For the first 45 days, I spent so much time in the chapel. It was the first time ever that I felt the Spirit come to me. I prayed to God to

please take the pain and anxiety away from me. And then I felt it all go away. I learned how to actually talk to God.”

At one point, Rick learned that he was staying in the program and doing recovery for himself. He wanted to finish the program. “Something about the graduations, keep you going. Seeing people phase up, seeing people graduate, and halfway through the year, you start noticing people that you have been interacting with. And you think maybe I can do this.”

“It’s funny when you come to HUM, you feel totally lost. And at some point, you are a part of it. It becomes your family.

Speaking of family, “The biggest highlight for me this year is because of all the work I have done, on August 22, my fiancee Elizabeth married me. She married me because she really believed and continues to believe in me. I never felt worthy. I was just a nice drunk. I drank alone. I never really was in love with anybody, I did not even love myself. I was able to marry the love of my life, and I would not be able to do that if it was not for HUM.

“Combat will change you forever. You will never look at the world the same. When you open up and believe in God, you finally know that you do not have to carry as much guilt. You can confess and feel whole again. The same goes for drinking. You can be forgiven. I’m a better father and a good husband. And I am going to become a Peer Recovery Specialist to help others turn their life around.