Devin is running for Team HUM 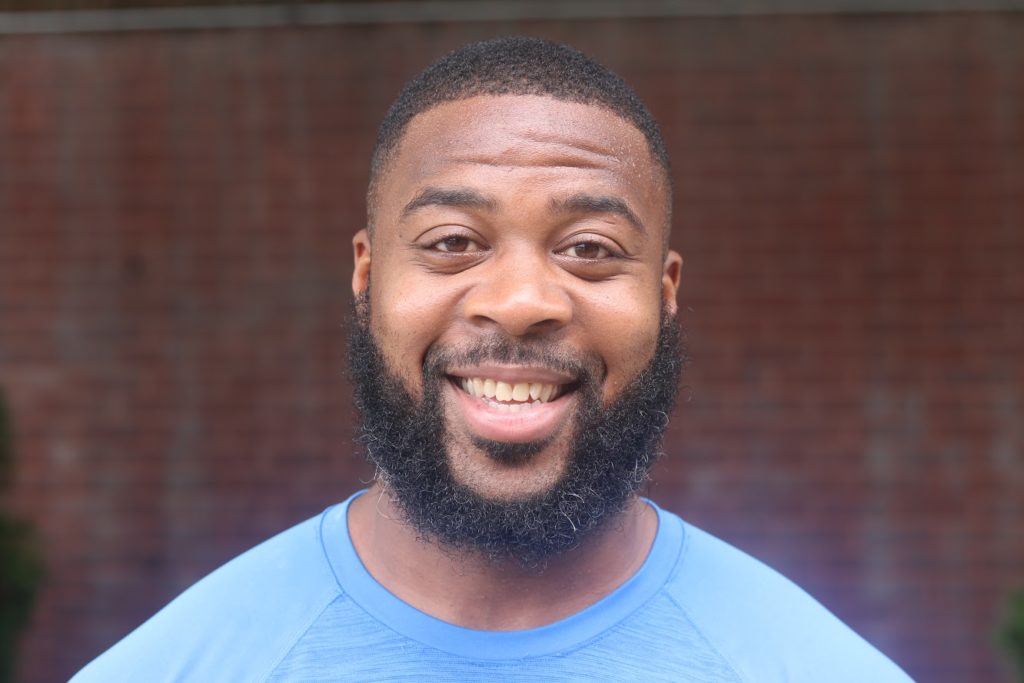 Devin will be running for Team HUM at the 2019 Baltimore Running Festival (BRF). The journey that led him to this point was not always smooth, but his transformation enables him to maintain structure in his life. He runs to support all men and women struggling with addiction and homelessness.

Devin, 30, was born and raised in the Owings Mills neighborhood of Reisterstown, Maryland. “I was always athletic. I played football, basketball, baseball, and ran track. My father really got me into sports, he played baseball his whole life. I was good at all of them until I broke my femur playing football at age 12. It took me a while to heal, but I attended Mount Saint Joseph High School in Irvington and continued to play sports.”

“Everything was going well until my parents divorced when I was 18. I moved to Edmondson Village with my mother, which is when my active addiction began.  I started hanging out with my friends from Mt. St. Joseph and my mindset changed. I started thinking and reacting differently to life, and developed a sense of paranoia.  I had to look over my shoulder all of the time. I thought I had to be on point with my movements, the way I acted, the way I thought, and the way I talked. I was drinking, partying and doing illegal things.”

After high school, Devin briefly attended Delaware State University to play football. Unfortunately, he made some bad decisions during his first winter break and got locked up.  At the age of 19, he would spend a couple of months at the Baltimore City Detention Center. The case was ultimately non-processed, because Devin was “in the wrong place at the wrong time”.   “It messed my head up, I didn’t know how to deal with going back to the old neighborhood upon release.”

“I started drinking every day, hanging out with my friends, and partying.  I did this for the first decade of my adult life.. I became depressed—this  was not how I wanted to live. I could do better than this.  I have always had people say that I had all the potential in the world, I just didn’t know which route to take to make my life better and get out of the depression.”

“My mother gave me an ultimatum. She said, “Devin, you can either go to Helping Up Mission (HUM), or you can get out of my house forever.” My mother learned about HUM through my father’s sister who gets her hair done by a guy that does the Tuesday meetings in the rec room. I fought this weekly with excuses until I finally said okay. I’ll go. I surrender. And coming to HUM is the best choice that I ever made in my life.”

“HUM is a breath of fresh air. All of the negativity of the outside world went away, and I started adjusting to the daily structure of Mission life. Before I came in, I wasn’t too fond of people telling me what to do, but I learned to humble myself and began taking direction.”

The structure that aided Devin took new meaning when he started running again. “I was working out every day in the gym, but my stomach wasn’t going anywhere. I signed up with Back On My Feet, to begin a running program.  Getting up at 5:30am began to push me mentally, and when I started running I started realizing that I was capable of more than I thought. One mile became two, and three miles became four.  Running is a metaphor for recovery.  I have a network of people who will not let me quit. It is a great thing just to be able to do something with a group of people who want the same things out of life.”

“Today I work in Client Services.  I get to meet all of the new guys and help them get what they need, like health insurance. My mother always told me, “Devin, you are a rescuer, you have the heart to help the next man.” I truly bond with them and answer their questions. I love it.”

On October 19, Devin will be running in the half marathon at the BRF. He has been training hard and is ready to push himself to see how far he can go. “Representing Team HUM is an honor, and to be noticed means that I am doing the right things in my Mission life.”

After the BRF, Devin hopes to serve his country by joining the NAVY as a helicopter pilot. A year ago, structure was one of his sticking points. But today, structure is a necessary part of a balanced life. “HUM has shown me that you really can do anything that you want in life. You just have to apply yourself.”

“Before coming to HUM, I knew that there was a God out there, I just didn’t understand His way.

Today I pray every night before I go to bed, and every morning while I run. Coming to HUM saved my life, I’d probably be dead or in prison otherwise. The greater reward is worth the try.”