“I was no longer trying to save anything from the past.” 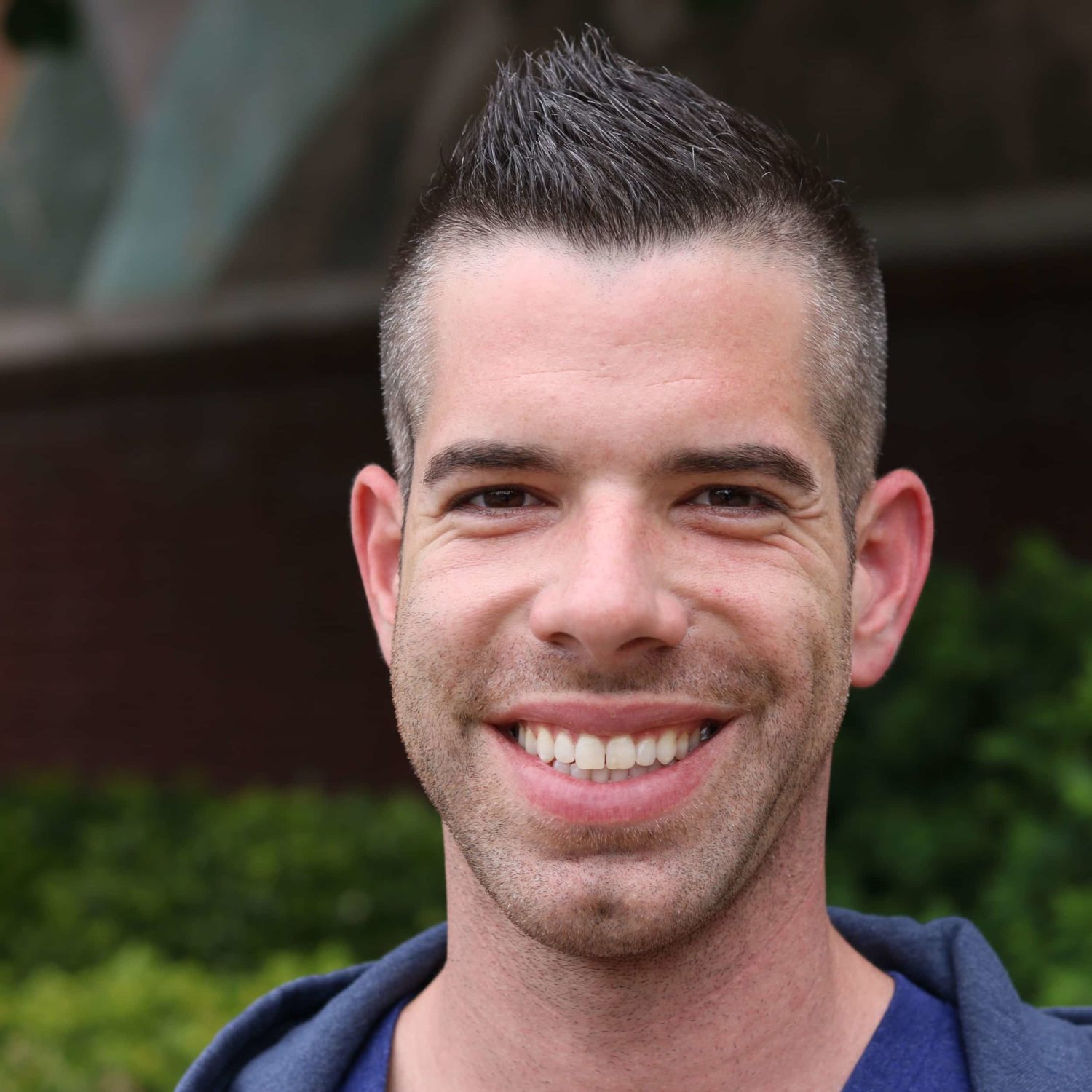 Jake is 32 years old and working on his bachelor’s degree from the University of Baltimore; he has plans to earn his Masters in Public Health to work on water security or to develop vaccines. Looking back at everything that brought him to this point in his life, Jake says that he is, “grateful for the Helping Up Mission and for everything I’ve been through.” He believes that “not everyone’s life has to be reduced to shambles, but I’m grateful because maybe if mine didn’t, I might be living a mediocre life.”

Jake grew up in Severn where he went to several small, religious schools. His parents divorced when he was eight years old, but he continued to have relationships with both his mother and father and knew that they both loved him. Jake’s father was more like a best friend growing up – he was always encouraging, but rarely disciplined Jake.

He remembers, “I figured out pretty early that, if I can project the appropriate image, then I can get away with anything.” Jake had always been a good child and had earned his parent’s trust, so he barely had any oversight at that point in his life. He explains that he liked the “thrill of living a double life.”  In high school, Jake started using a variety of different recreational substances off and on.  After he graduated high school, he says, “I just wasn’t expecting the lack of direction that I had in life.  ” That hit me really hard because I had all the confidence in the world throughout high school that, in spite of my behavior, I thought I could have anything in the world that I wanted.”  Eventually, Jake started “relying on drugs to get any enjoyment out of life.” He remembers that “I didn’t want to do school anymore. I didn’t really want to do anything anymore.” After he had wrecked a car, he was sent to a strict rehab facility and then tried other rehab programs.  Jake recalls, “I hated the life I had and didn’t know how to stop or make it change.” So, he believes that he made one of his best decisions and joined the military.  He has always had an interest in the medical field, so he joined the Navy to serve in the medical corps.

During the five years in the Navy, Jake trained in Illinois and served in Italy and Pearl Harbor.  He was also able to serve on a six-month humanitarian mission to Central and South America.  Jake says the military “let me travel, let me know that I could do anything that I put my mind to, gave me friends around the globe, and gave me ideas for my future.” While he may have had the opportunity to drink with his peers, Jake recalls that substance abuse was not an option for him while in the Navy.

When he got out of the Navy, Jake had the best of intentions.  “I got out thinking that I was different enough that coming back here everything would be different.  It wasn’t really true. I came back to the same old frustrations, the same old obstacles.” “I can’t remember what the first reason I went back to using drugs was, except maybe boredom.”  Although he had a job he loved, Jake went back to his old ways and struggled for two years with his addiction.

His older brother told him about Helping Up Mission, so he came to HUM for the first time in 2015.  “All II wanted was to salvage what was left of my life.  I didn’t know anything about really addressing me at the core and what is wrong. And I didn’t even really care to do that.  I was too scared to do that. I didn’t want to do that. I didn’t think it was necessary. I just wanted to protect the few things I had in this world – a car, apartment, and a few decent relationships.   I just wanted to stop digging the hole deeper.” Jake stayed for about three months but wanted to get back to his life as quickly as possible.

Two months after he left HUM, Jake was “way out of control. It was my worst ever. There was daily use of heroin and cocaine.” His family was worried, and his sister staged an intervention, but he didn’t get the help he needed. He just kept using. It wasn’t until he overdosed and got in another car accident before Jake felt broken enough to see that he needed help.  Two days later, Jake came “crawling back in the doors of HUM.”

This time around, Jake entered HUM with a quiet new focus.  He found a couple of guys that he could relate to, stuck with them, and then really did some introspection.  He has taken advantage of the mental health counselors during this time at HUM.  “Before, I had no desire to really dig.  I was too afraid of what I would find.  Now I know that there is no hope of hope if I don’t do what is uncomfortable.”

Jake has learned to cut himself a break and to stop clinging to his past.  He now knows to take responsibility for the things he needs to, but that he isn’t responsible for the things he can’t control.  “I walked into the doors this time and just let go of the entire outside world.  I was no longer trying to save anything from the past.  I just knew that I needed to get myself straight.”

Jake says just hearing that “I am a wicked sinner and it’s okay” really helped him.  Now he knows that he “doesn’t need to be righteous for God to love me, or for me to love myself.”

Since coming to HUM, Jake has realized that he can combine the strengths of the 12 step program with his faith to make recovery work for him. In fact, Jake is the Secretary of his AA home group and enjoys serving in this way.  “I have been fortunate to find a meeting where I connect with the guys there.”

Jake will stay at HUM through graduation this time but then plans to move on and finish up his schooling.  Because he has allowed himself to focus on his recovery during his stay at the Mission, Jake is celebrating his independence and believes God knows how his future will all work out.