Your Support Gave Jeremy the Chance to Forgive 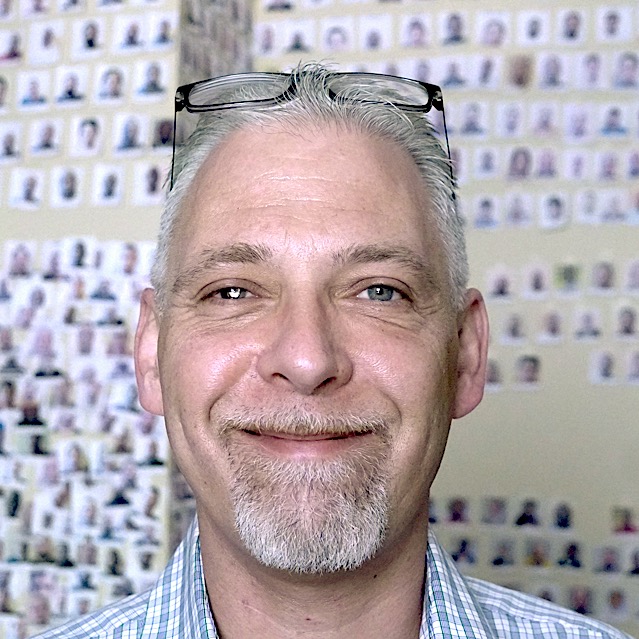 Your Support Gave Jeremy the Chance to Forgive

“My receiving and giving forgiveness was my Spiritual Awakening.”

How does the hope that you provide help change a man who has battled adversity through addiction in finding new life through the Spiritual Recovery Program (SRP) at Helping Up Mission (HUM)? To find out, please read this story of hope provided by Jeremy, age 45, born and raised in Southwest Baltimore.

“To understand my story, you have to know how it started.” recalls Jeremy. His stepdad took out his aggression on a six-year-old Jeremy, in many ways. One story of mental and physical abuse stands out. “When I was six, we would chop wood for our wood burning stove. He would make me hold the logs while he swung the ax. He warned me that if I had let the wood go, he would mess me up. Imagine, at six years old, having someone that you trust and is supposed to care and love you, swing an ax at you – mentally torturing you with the possibility of physical abuse.”

“I do not remember a lot of my childhood. I blocked out much of it because it was too traumatic for me to deal with. I went to my first rehab at age 12. And before I got out my stepdad divorced my mother, she had a nervous breakdown, and tried to kill herself. So, at age 12, I had free reign. I had nobody left to care about me and could do whatever I wanted. I did as much drugs as I could do to fill the void inside of me. To numb my mind.”

Years of drug abuse finally caught up with Jeremy and his younger brother. During Christmastime of 2018, Jeremy and his brother were looking to get high. “My brother called me to help him get high. He was “dope sick” . We got drugs and we got high. He fell asleep, but I had to go. I took two pills of dope, a spoon, and a new needle, and put them in his backpack and texted him the details so he could find them when he woke up.”

“I did not hear from my brother for a couple of days. He lived with his boss, and his boss called me to tell me that he had overdosed and died. I figured out that he found my text message, took both two pills of dope and overdosed. My soul broke that day. Something in the core of my body broke. I tried to kill myself. “

Jeremy was unable to end his life, however hard he tried. Eventually, after another attempt had failed, his girlfriend suggested that he needed to figure out what he was going to do. A friend of his had come through HUM’s programs twice. “He made the phone call for me to enter HUM at 6:00 am the following morning. So, I went to sleep for the first time without having to put another shot of dope in me.”

“One of the first mornings after my arrival, I walked by the chapel and something drew me inside. I heard a voice say, ‘let it go.’ My eyes welled up and I sat in the chapel and cried like an inconsolable child. I cried for an hour and a half letting go of 40 years of pain and agony. I cried for dealing with the grief over the passing of my brother, and my mother. It was just pure sadness. What was I going to do? So, I prayed for the first time in a long time. An honest prayer for help and spiritual healing.”

“I had to figure out what I wanted to accomplish and how to succeed. I was willing to change all my bad habits. I was willing to let go of my shame, my guilt, and my trauma. And willing to pursue a relationship with God. I knew that God was the answer. I just did not know how to seek Him out.”

“I needed a stronger relationship with God, because I needed to deal with not being able to grieve my little brother’s loss. I need to deal with the trauma of my childhood. My Treatment Coordinator Matt Joseph and Director of Spiritual Life Mike Rallo gave me the same advice. ‘Sit with the sadness, sit with the guilt.’ At first, I did not want to sit with it. Eventually I did and Matt asked me to write a letter to my brother and let my sadness out on the paper. He had me sit down with him and read the letter aloud. I could not get through the first words without crying. When I finished, it was a huge release. I was able to let go of the guilt and shame that I felt for my role in his death.”

“My next step was dealing with my relationship with God. And Matt and Mike said, ‘sit with it.’ For two months I sat with God. I prayed an honest prayer, asking Him to help me.” After weeks of other men in the program helping Jeremy find God, one day in a Trauma class dealing with forgiveness, Jeremy’s prayers were answered.

“I saw God’s sadness. I heard God say to me that this was going to hurt Him more than it hurt me. I had a vision and saw God crying. I saw my stepdad beating me and God was crying even harder. I saw Jesus being crucified. I saw what God was doing to His Son for me! And I forgave my stepdad.

My receiving and giving forgiveness was my Spiritual Awakening. God, Jesus, and The Holy Spirit were in that room with me. Healing me from all the pain and telling me that my scars make me beautiful.”