We invited our men to share: What does recovery look like for you in this moment of COVID-19? What’s changed? What’s stayed the same? What encouragement would you have to offer others?

Thank you for your prayers and your support, and may God bless you this Easter.

Keith, a Broadway performer turned dance instructor, shares his story of recovery – from rising to the top of the ballet world, to falling from grace, then finding hope in helping others. Read more of Keith’s story at https://helpingupmission.org/stories/keitht

This month, 30 of our clients took to the river in canoes and kayaks. Together we cleared over 900 pounds of trash from the banks of the Patapsco near Middle Branch Park! 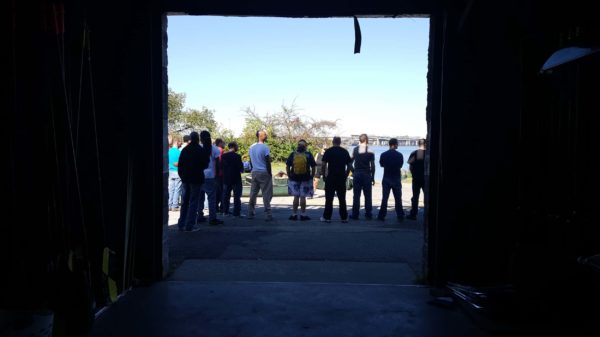 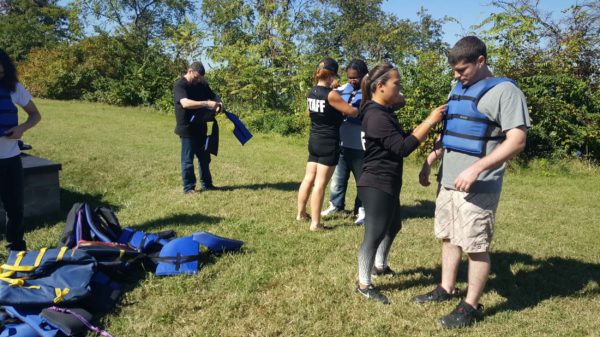 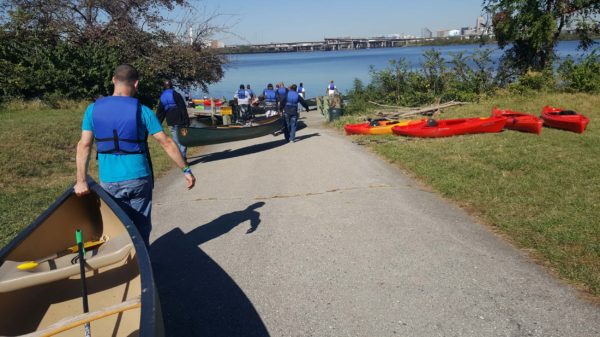 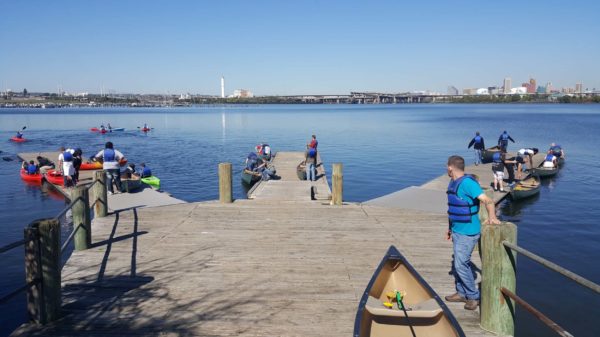 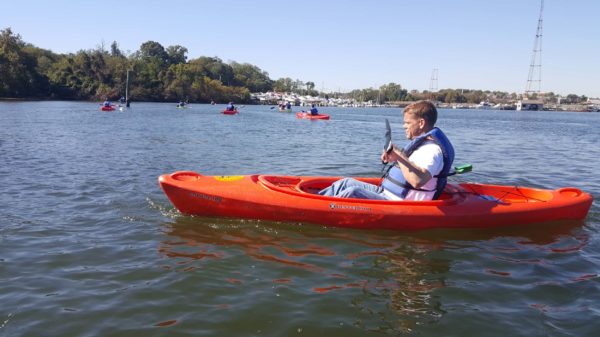 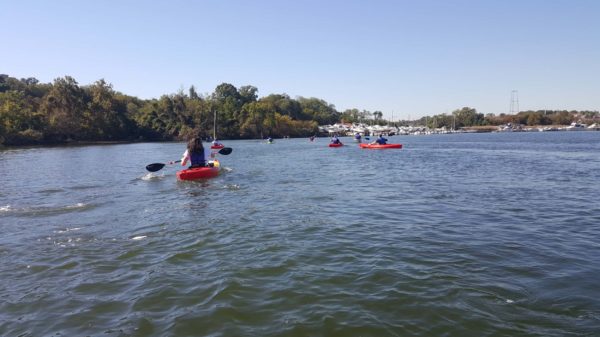 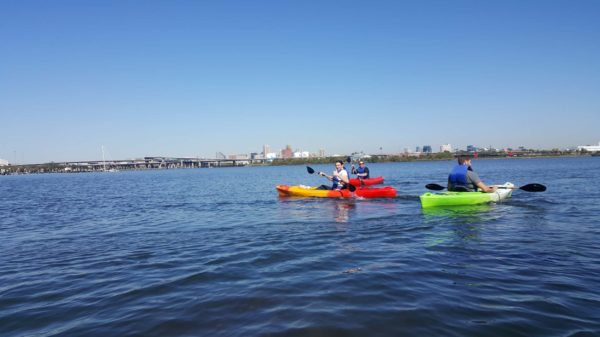 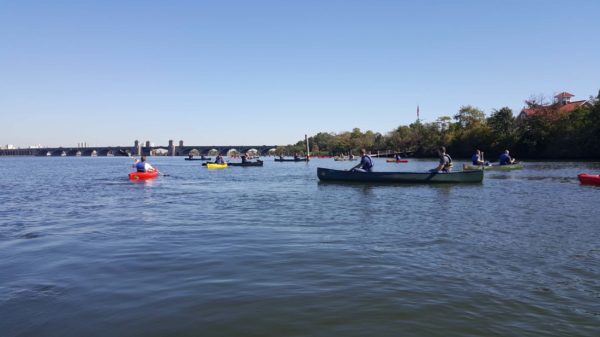 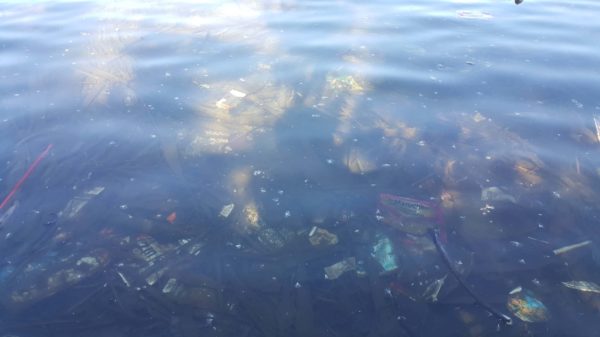 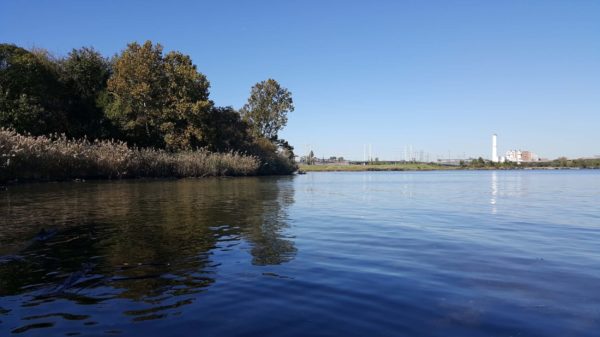 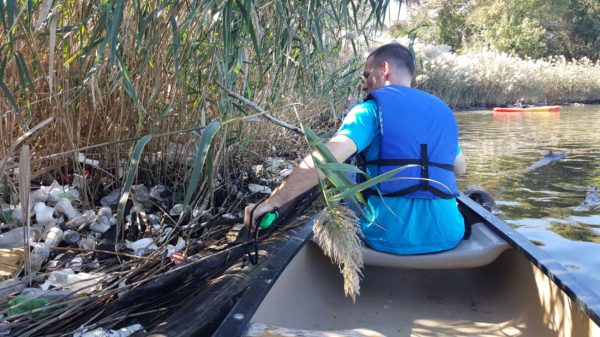 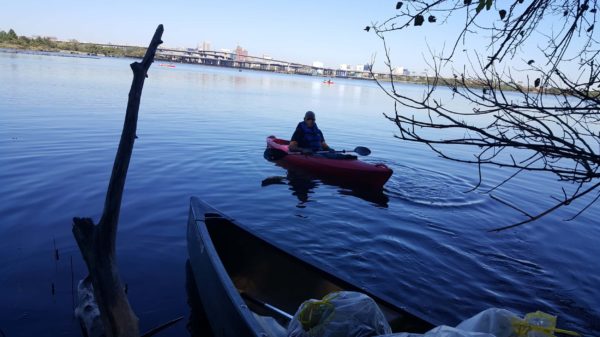 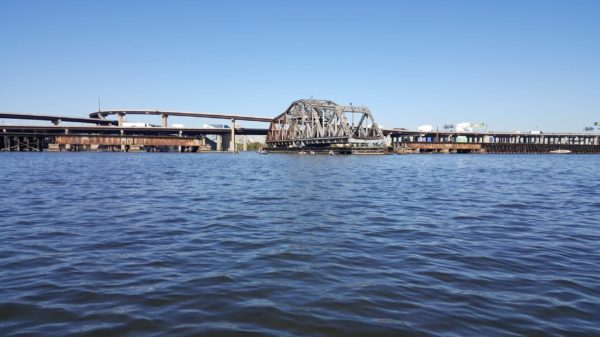 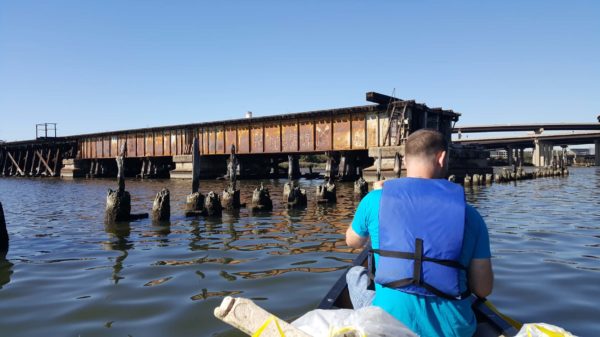 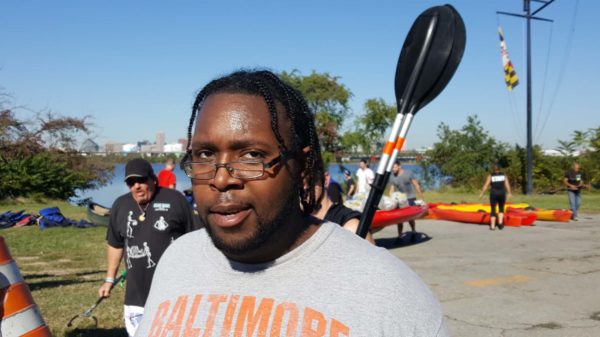 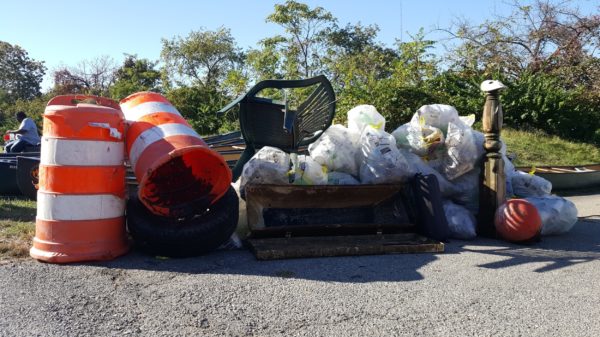 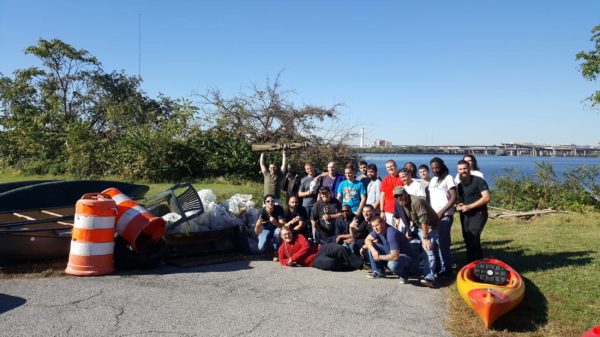 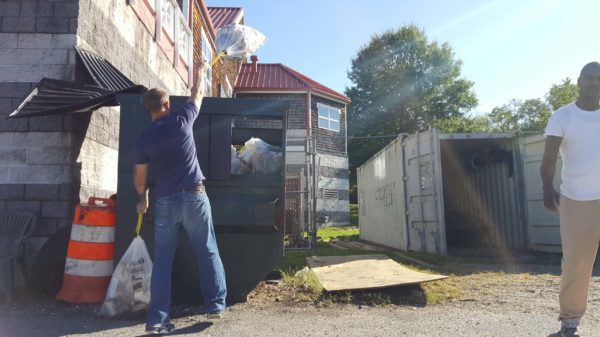 Thanks to Baltimore City Parks and Rec for facilitating this adventure. Learn more at: bcrp.baltimorecity.gov/recreation/outdoor

“Here’s something I wrote that was inspired by the 12 Steps:

Resentment
Is the way I react to the past
Reliving the moment
Don’t tell, don’t ask

Fear
Is what I feel when I start to think
Creating an illusion
And I start to sink
Six foot deep, and my eyes go blank
The Titanic’s going down but I don’t even faint

Pain
Is the motivator I use to get high
‘Cause when the tough gets going
I get gone, goodbye

Hope
Is Hearing Other People’s Experience
Like nitrous oxide
Too fast, too furious

So what do I do?
Relapse and get twisted
“Keep it simple, stupid”
My sponsor insisted
“Don’t get ahead of yourself”
“One day at a time”
When at the end of the road
What did you find?
Pain
Heartache
Jails
Institutions
Until I got clean with a simple solution
Also a plan of action that really works
It’s called 12 Steps for crash dummy jerks

So my troubles, I think
Are basically my own making
They rise out of self
The self-obsessed nature”

The NA pamphlet The Triangle of Self-Obsession was a specific inspiration for this poet.

For more poetry from our men, check out our Poetry page.

This summer, Hannah Cherry, a Spiritual Life intern at Helping Up Mission, helped some of our clients create “video postcards” to send to their loved ones. Some of the men desired also to make their videos public, in the hopes that it would encourage others. Here are four of their videos, along with Hannah’s reflections.

When Adam came in to shoot his video postcard, he had not been here for long, and I could tell he was nervous. He was shaking a little. He told me he was going to read two poems he had written for his daughter. Adam’s video was the first that made me tear up; overwhelmed by his genuine words and love for his daughter. His poems were not cliché; they were absolutely beautiful. I was inspired, and I hope his video inspires others too.

Charles is a persistent man who wants the world to hear the HUM choir sing. I kept telling Charles that I could film the choir singing, but he would also need to record himself speaking. So he did. He came into the office, unsure of what he was going to say. He was talking to Ashanti, another man in the program who helps me with the filming. Ashanti was leaning back in his chair, looking out the window, and he turned to Charles. Ashanti casually asked, “What does it all mean?” As Charles began to talk, I pressed record and he spoke from his heart.

Gerald came into the office not thrilled about being on camera, but he had something he wanted to share. Not long into the video, he began to cry. After we shot the video, he was not sure about the tears or if he wanted them to be seen. But after reviewing it, he decided to let it stand: his tears were real and genuine. Gerald’s vulnerability struck me. I could tell he was the kind of man that did not want to seem like he was not okay, but once he saw his own tears on camera he seemed to accept them.

Every so often, a man comes in to film and he just wants to talk. Lee was just that kind of man. He came in after being in the program for only a few days, but he wanted to send a message to his daughter. “You can get another phone, but you cannot get another father.” He began to cry, and I fought back my own tears. Lee knows how fleeting yet precious life is. And he wants to be there in his daughter’s life.

Reflections on the Video Postcards Project

“You must be so afraid.”

“You can never trust an addict.”

I have heard those two comments repeatedly this summer from some friends and neighbors. As I began my summer as a Spiritual Life intern at the Helping Up Mission, I was fearlessly ready to pursue this experience and learn as much as I could. Being a 20-year-old woman, I had fears that I would not gain rapport. I was worried that I would not be able to embody the confidence that was necessary to gain respect. Over the course of the summer, I have been challenged far beyond my limits, and I have had to wrestle with many of my own weaknesses. I have cried, laughed, faced deep disappointment, and grown.

So, what did I actually spend my summer doing? I have been helping clients at HUM create “video postcards” for their loved ones. They have created all kinds of videos; apologies, wish-you-well videos, bed time stories, and I-miss-you videos. We were blessed to have children’s books donated that could be read on video, and then sent to the children receiving the video from their father. The responses from the families were unanimously positive. We received many “Thank you, we love and support him” messages in response.

I distinctly remember one morning when I was trying to get several videos edited and uploaded to send, but technology was failing me. I was growing terribly frustrated, and I just wanted to quit for the day. However, I knew how important it was for these videos to be sent, so I continued to pursue patience and try to send the videos. After I finally finished all that needed to be done, I sent the videos to their intended recipients. Within minutes, a mother responded to me: “Thank you, Hannah. I was very worried, and this really eased my mind. God bless you for the work you are doing.” That message overwhelmed me, humbled me – in that very moment, what I was doing mattered to someone. It bridged a gap. It eased a hurting person. It was good work.

This summer has been so much more than these videos, though. These video-making sessions with the men have allowed me to enter a small part of their world for a few moments, but it was the connections I made as I walked to lunch or left my office that changed me. The times when men would show me photos of their kids that I had been hearing about for weeks, when men would run to get the Father’s Day cards they received, or when they would come into my office distraught because the family I have been hearing about is falling apart – those are the moments that have changed me. It has been the everyday laughs and tears that I will never forget.

If I could say anything about these men, it would be that they are good men. That I have learned to trust some of them, and that each man is more than his addictions, if you are willing to accept your own struggles and relate to him. I have been disappointed and deceived at times, of course – but I have also been uplifted, supported, and encouraged. Thank you, men of HUM, for this summer, the memories, and the growing we did together. Keep making healthy choices: you are so terribly capable. 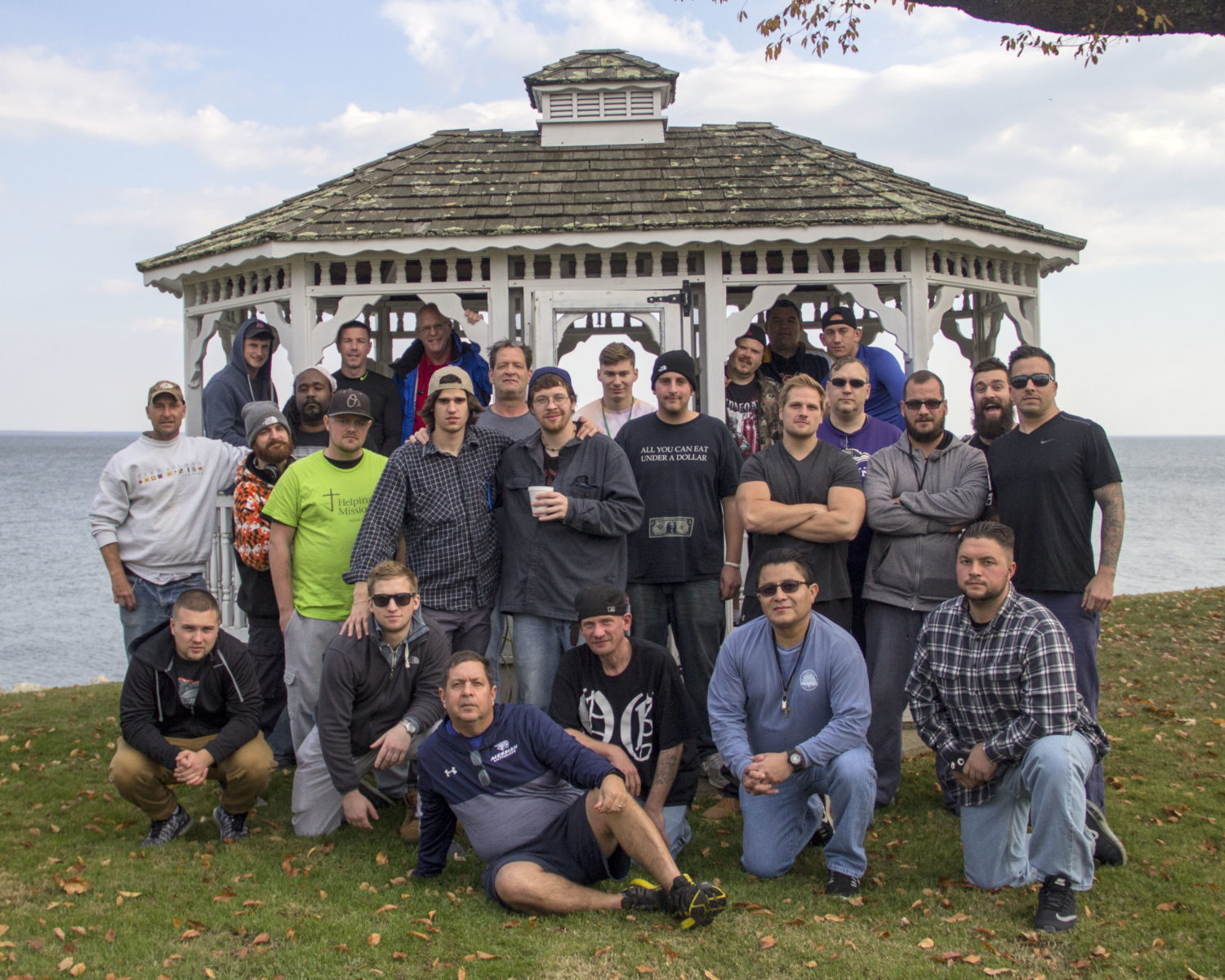 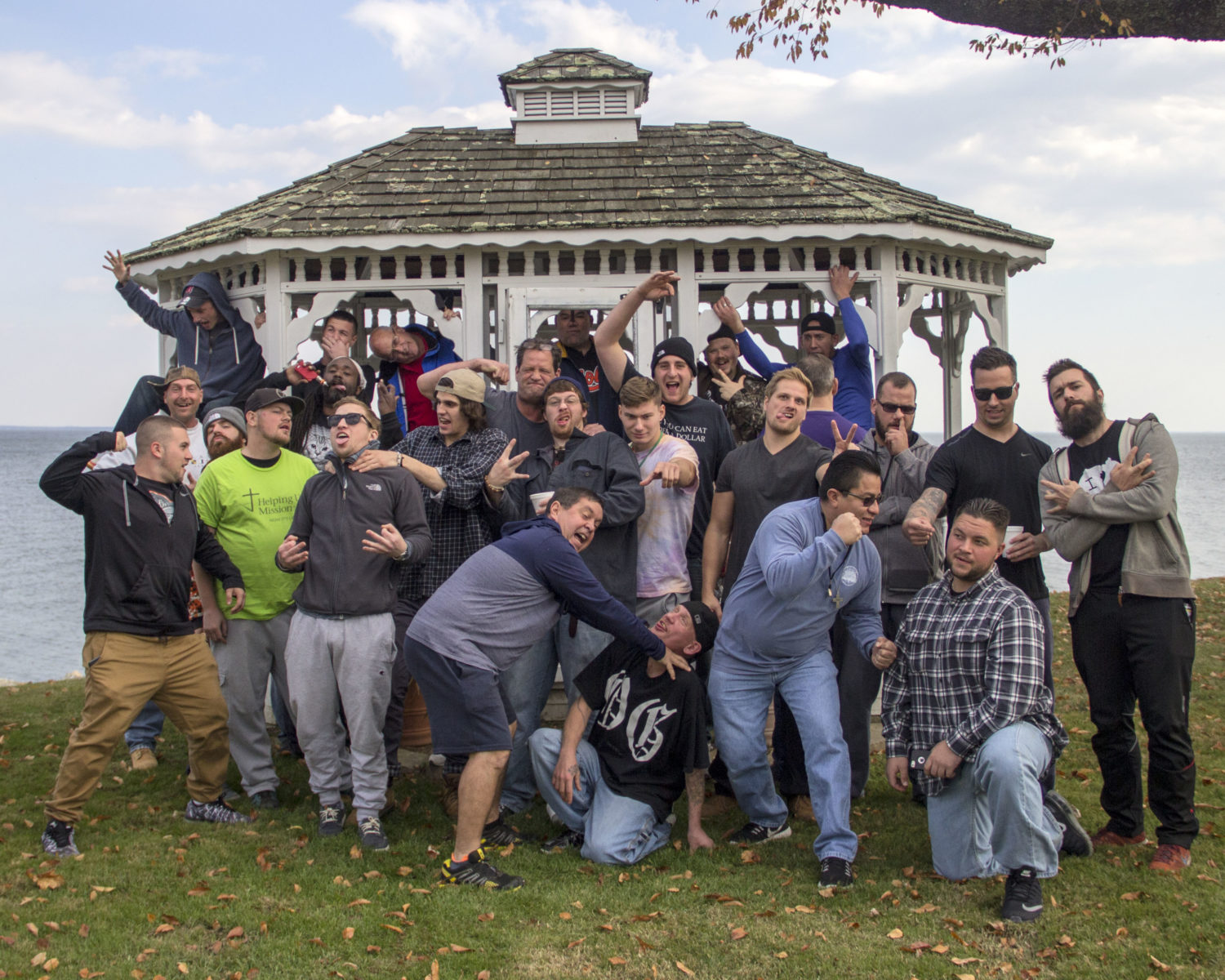 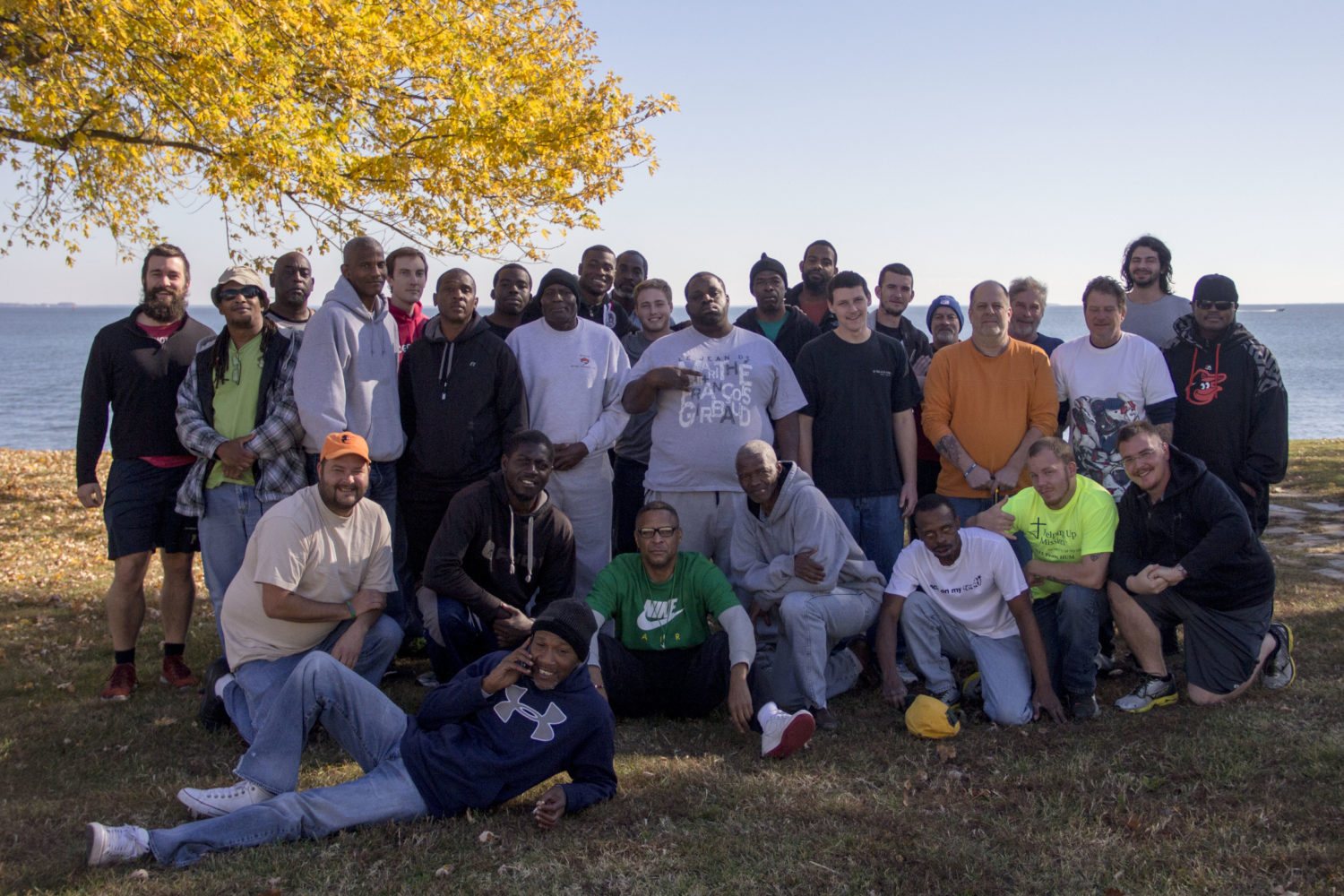 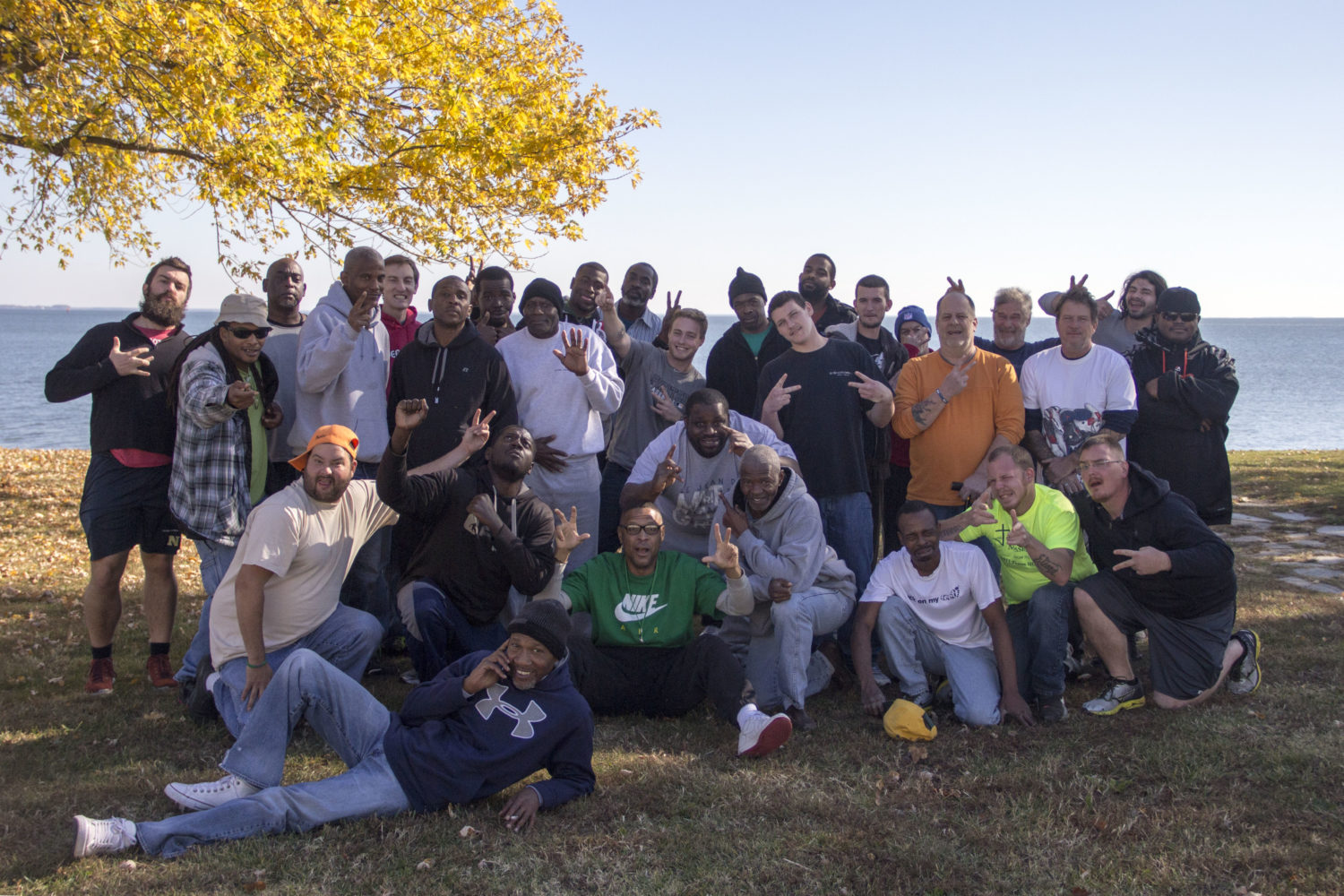 This month we took small groups of our men in recovery to an overnight retreat at Camp Wabanna on the Chesapeake Bay. Watch as men share their favorite moments.

Around the bonfire, some of our men took the #mannequinchallenge to the next level!

And here’s another mannequin challenge that we did in our cafeteria:

Why do you run? Dom just ran in the 2016 Baltimore Marathon – his 2nd. He’s in recovery from multiple chemical addictions, and he considers running his new, healthy addiction. Watch Dom run along the Baltimore waterfront while listening to his powerful spoken-word piece, “Endurance.”

For years, men in the addiction recovery program at Helping Up Mission have written poetry as a part of their recovery process. Now, they have gathered, edited, and published a sampling of their writings as a book: War of Grace: Poems from the Front Lines of Recovery. This video was produced in collaboration with the amazing team at Mozell Films.

Josh’s rap about addiction and recovery:

“And I can share with you the struggles of my heart
And how I’m swimming with the fishes but was living with the sharks
Listen, I was able to see the lining only because it was dark
Witness, your sister trickin’ just to get a hit of the hard
While me sittin’ indifferent hittin’ licks in my car
Drinking liquor as I wither just to get to tomorrow
My system’s quickly gettin’ sicker so I’m breakin’ some laws
And if it’s money I can’t deliver then I’m ticking ’em off

“Yeah I may get jumped, hit in the jaw, and tossed to the dogs
But I got high so I couldn’t even call it a loss
I would sneak into my little brother’s room while he was sleeping and all
And I’m racing to ATMs and I’m replacing his card
And he was planning to join the Army or the National Guard
Yeah I been hurt but it was me who was leaving the scars
But I’m ripping out the stitches and I’m keepin’ the gauze
For the still-suffering addict and it’s all for the cause

“Baltimore, 410, that’s my area code and that’s all I know
I’m from the land where the spring brings snow
It’s Joshua, as in Jericho
Man, let the curtain close”

For years, men in the addiction recovery program at Helping Up Mission have written poetry as a part of their recovery process. Now, they have gathered, edited, and published a sampling of their writings as a book: War of Grace: Poems from the Front Lines of Recovery.

It keeps in the cold and shuts everyone out
Alone with my anguish, self loathing, and doubt
Scraps of sorrow, remnants of shame
Shredded ambitions, knots tied with pain
Folded up neatly and placed on the shelf
I pull it down daily to hide from myself

For years, men in the addiction recovery program at Helping Up Mission have written poetry as a part of their recovery process. Now, they have gathered, edited, and published a sampling of their writings as a book: War of Grace: Poems from the Front Lines of Recovery.